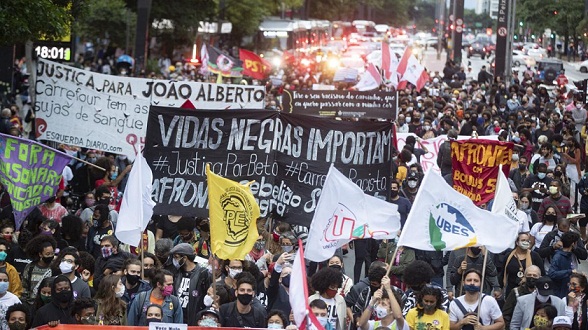 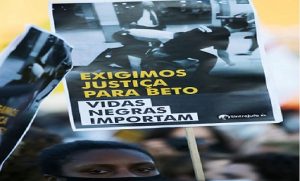 BRASILIA: The brutal killing of a black man at the hands of two white security guards outside a supermarket has sparked outrage across Brazil.

The killing happened yesterday, the eve of Black Consciousness Day, and spurred anti-racism protests on Friday.

Footage showed Joao Alberto Silveira Freitas, 40, being repeatedly punched in the face by the guards at a Carrefour store in Porto Alegre.

One of the guards, it has emerged, was an off-duty military police officer.

They were arrested, and the Brazilian subsidiary of the French supermarket group Carrefour said it had cut ties with the security firm that provided the guards.

Brazil has a long legacy of racism. It was the last country in the Americas to abolish slavery, in 1888. 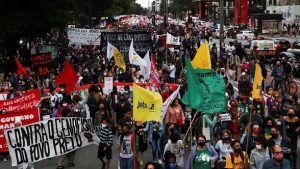 Brazilians have traditionally been taught that they live in a racial democracy – President Jair Bolsonaro denies racism exists – but activists say that perception is slowly changing.

Video of Thursday night’s attack in the southern city of Porto Alegre was circulated on social networks and on Brazilian media – sparking outrage.

It showed Silveira Freitas, a welder, being repeatedly punched in the face and head by one security guard while being restrained by another. Another employee appeared to be alongside filming the incident.

Reports said security had been called after a female worker at the supermarket had been threatened by a man.

On Friday morning, protesters gathered outside the Carrefour in Porto Alegre and in the capital Brasilia, chanting 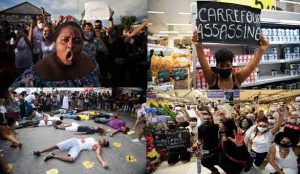 and carrying signs which read “Ashamed of being white” and “Please stop killing us”. Protests were being called for in other cities.

The Black Lives Matter movement, which has gained momentum worldwide since the killing of George Floyd in the US in May, has resonated with many Brazilians.

In 2019, police in Brazil killed nearly six times as many people as in the US and most of them were black.

“It seems that we have no way out… not even on Black Consciousness day,” the Everton player tweeted.

“In fact, what conscience, they killed a black man, beaten in front of the cameras. They beat him and filmed. Decency and shame have been lost to violence and hatred.” (Int’l Monitoring Desk)