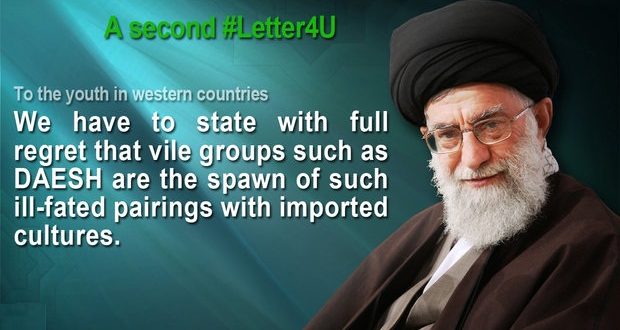 TEHRAN: The Leader of the Islamic Revolution said one of the realities that the outgoing Iranian administration experienced during two terms was that putting trust in the West is futile, since the Westerners do not offer any help and seize every opportunity to harm Iran. 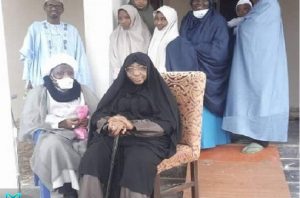 Ayatollah Seyed Ali Khamenei had a meeting with President Hassan Rouhani and the members of the 12th cabinet on Wednesday morning.

The following are excerpts of the Leader’s statements in the meeting, released by Khamenei.ir:

“Others should use the experience of Mr. Rouhani’s government. One experience is distrusting the West. In this administration, it became clear that trusting the West isn’t helpful. They don’t help and they strike a blow wherever they can. When they didn’t, it was because they couldn’t,” the Leader warned.

“In the recent nuclear talks, the Americans staunchly insisted on their obstinate stance. When making promises and on paper, they say they’ll remove sanctions, but in practice, they didn’t and won’t. Then they say new articles should be added to the deal that already exists,” the Leader stated. 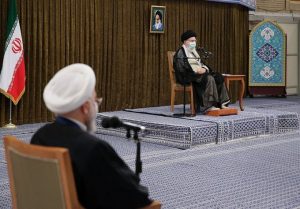 Referring to the Americans’ condition for lifting the sanctions, the Leader of the Islamic Revolution said, “The Americans have set a condition. They say, ‘If you want the sanctions to be removed, we should include a clause in the agreement which states that we must negotiate and agree over certain matters in the future. If you do not accept this clause, we do not have an agreement at the present time.’ What is this clause? This clause is actually a pretext for their future interference.”

Ayatollah Khamenei added, “This is about the JCOPA itself, about renewing it and about various other matters such as missiles and regional issues. If we say later on that we are not going to negotiate over these matters because the policies of the country and our parliament do not allow us to do so, they will say that there is no deal because we have supposedly violated it.”

At the end of his statements, the Leader of the Islamic Revolution advised the future administration and those who are active in the field of politics to learn from this experience and to take it into consideration. (Tasnim News)