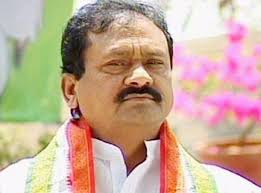 Hyderabad : Leader of Opposition in Telangana Council Mohammed Ali Shabbir today charged the TRS government with “deliberately” paralyzing the institution of  Telangana   Information Commission, which was the custodian of  the people’s  democratic weapon — RTI (Right  to Information).

Shabbir Ali accused the Telangana government of failing to provide latest updates as part of the universal open data to citizens policy on its  portals making the citizens to run from pillar  to post  for GOs and other government orders as  over  90 percent of the  websites of  government portal  are not  regularly updated and people are in the dark about  functioning  of the government ‘.

The LOP said  the  Telangana Govt   boasted  of topping  the country in  IT adaptations  in administration and citizen services  and  gave high  voltage  publicity of its   deploying  IT  initiatives  in serving  the  people . But  in fact  as on today most of the departments including Finance Dept, has not updated on the official  portal of the  TS government .Sri Shabbir  said that  the open  data policy  of the centre  had been unveiled  in 2016  TS government amidst  fanfare and publicity blitzkrieg to announce  appointment of  an expert  committee  to hoist its  policy initiatives  through its  websitewww.data.telangana.gov.in . The  entire campaign was to implement  the RTI  launched  in 2005 by the  UPA govt  to spread awareness among voters and citizen on services provided by government’, he said.

He said day  in  and day out  the  IT minister  KTR went  to town boasting about  the  IT in Government  services  but  in  reality  most of the govt  websites  were  non-functional and still carried  obsolete information and outdated  data .  ‘ The  TRS govt  and  CM KCR had violated and watered down  the aspirations and goals of the  Information Act  ushered by the  UPA govt  in 2005 ( u/s 4(2),sub section  1(b) of the Act) ‘ he added.