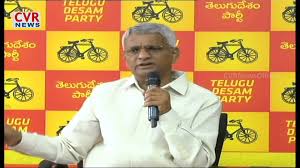 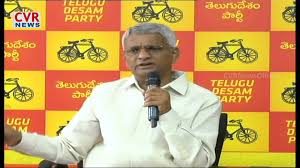 : Launching a scathing attack on the TRS government, TDP Telangana polit bureau member Ravula Chandrasekhar Reddy today alleged that chief minister Chandrasekhar Rao,  instead of fulfilling the  promises he made, was  showing day-dreams to the people.

Participating in a dharna organised by his party in front ofHyderabad collectorate, Ravula accused the government of not bothering about increasing corruption and irregularities in the system.

The TDP workers sitting on dharna raised slogans against the state government. However, police took them into preventive custody and whisked them away from the dharna site.

Though the CM has made statements that Hyderabadcity would be developed on par with world class cities, the problems faced by the people remained unresolved, the TDP leader said.         He also alleged that no measures were taken to construct double bed room houses for the poor people,  in spite of government’s promise during GHMC elections.