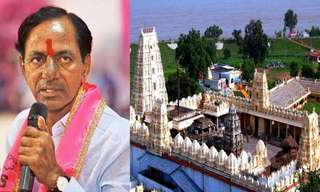 KCR Aims To Develop Bhadrachalam As A World Famous Shrine 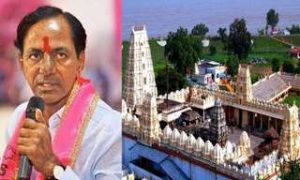 Hyderabad: The Telangana government on Wednesday decided to develop the famous temple town of Bhadrachalam as a “famous shrine in the world”.
“Chief Minister K. Chandrashekhar Rao has decided to develop Bhadradri temple (dedicated to Lord Ram) in the state as one of the famous shrines in the world keeping in view its ancient history,” a release from Rao’s office said. Rao, who held a meeting with ministers and officials on the issue, examined the temple designs prepared by ‘Sthapathy’ (architect) Anand Sai. The designs have been prepared as per the suggestions of noted seer Sri Tridandi China Jeer Swamyji.
“The CM said the temple should be developed across its entire campus spread over 30 acres. The CM wanted a kalyan mandapam (wedding hall), rest rooms for pilgrims and shopping complex to come up within the temple premises,” the release said.
2017-09-14
admin
Previous WhatsApp Group Admin Held For Sharing Objectionable
Next 18-Year-Old Ad Film Actress Goes Missing