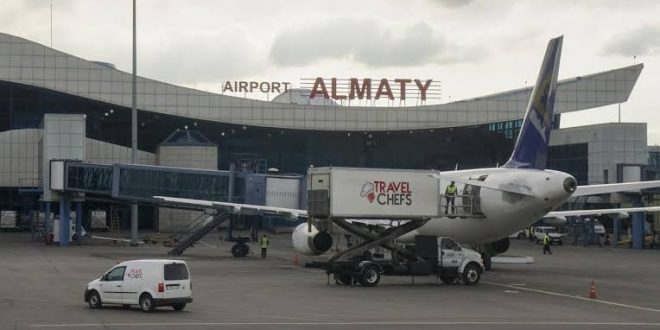 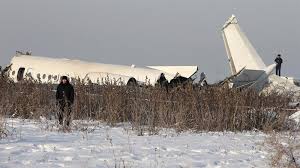 ALMATY: A plane carrying 95 passengers and five crew members crashed near Almaty in southeastern Kazakhstan. Initial reports indicate there are survivors and emergency services have responded at the crash site.

An airplane crashed with 100 people on board on Friday morning in southeastern Kazakhstan, according to Almaty airport.

The death toll has been rising and so far stands at 12 people. However, there are also survivors and emergency services are currently working at the site. No fire broke out on board after the crash, said a post on the airport’s Facebook page.

The plane was heading to Nur-Sultan, formerly known as Astana, the nation’s capital city. It reportedly “lost altitude during takeoff and 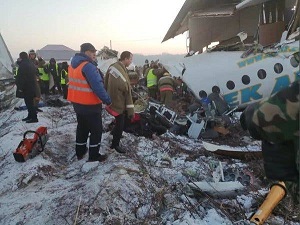 broke through a concrete fence” before hitting a two-story building, Kazakhstan’s Civil Aviation Committee said in a statement.

The aircraft belonged to Kazakh carrier Bek Air, which operates a fleet of Fokker 100 jets. The Kazakh aviation committee has said it is suspending all flights of that type of aircraft pending an investigation.

“Those responsible will face tough punishment in accordance with the law,” Kazakh President Kassym-Jomart Tokayev tweeted, as well as expressing condolences to the victims and their families. (Int’l Monitoring Desk)