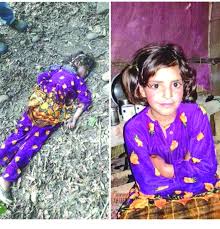 New Delhi: GIA, the Group of Intellectuals and Academicians have recommended a CBI probe into the Kathua rape incident. An 8- year- old girl was allegedly raped and murdered in Jammu and Kashmir’s Kathua district in January 2018.

The GIA submitted a report today to Minister of State in PMO Dr. Jitendra Singh. The report suggests that due to glaring inconsistencies such as the timeline of investigation and the composition of the Crime Branch Team in the rape case, a CBI inquiry should be initiated.  The key findings of the GIA team are as follows:

THE CHARGE SHEET
1. Post Mortem report: The Charge sheet mentions gang rape by at-leat 3 persons over many days. This is not corroborated by the injuries described in the post mortem report. No such injuries are reported on the victim in the Kathua incident which according to the charge sheet is a gang rape. Post mortem report only mentions abrasions but no injuries.

2. Not Mandir or Devisthan but Devsthan: The charge sheet mentions the site of the crime as a ‘Devisthan’ which is actually ba ‘Devsthan’ housing the Kul devtas of the villages in and around Rasana.