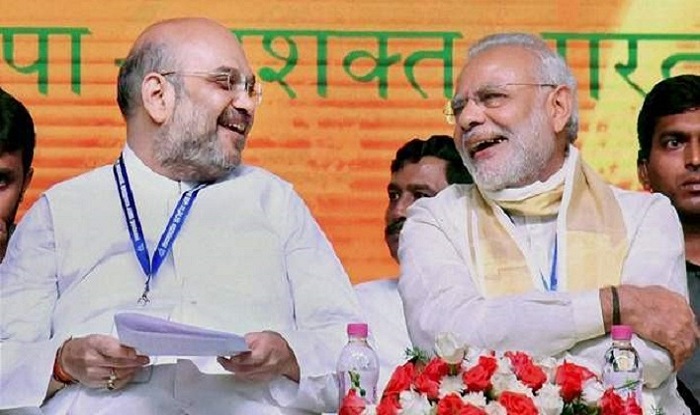 Karnataka Election Result: Why BJP Holds All The Aces 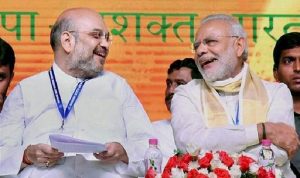 Bengaluru, May 14: In less than 24-hours, we would get to know the winner of fiercely-fought Karnataka Assembly election 2018. However, the pollsters have predicted a fractured verdict with a slight advantage to the Bharatiya Janata Party (BJP). The India Today-Axis went against the general trends and predicted a win for incumbent Congress government led by Chief Minister C. Siddaramaiah. But in all likelihood, it will go down to the wire for the state has three key parties in the fray –the ruling Congress, the mighty BJP with Prime Minister Narendra Modi as its biggest trump card and the homegrown JD (S).

The exit polls have gone wrong in the past and it may go wrong tomorrow when the EVMs will show the mirror to all stake-holders of Karnataka Assembly polls. It’s a misnomer that the BJP wins by a consolidation of votes from all castes on the Hindutva plank. It has been the other way around in recent elections including the Lok Sabha 2014. The BJP won 282 seats with 31 per cent of votes in 2014 as the opposition votes were divided among many national and regional parties. The Maharashtra Assembly election held soon after the Lok Sabha polls 2014 threw a similar result as the BJP emerged single largest party despite ending the alliance with the Shiv Sena just before the elections were to be held. In Assam, the BJP won as the opposition votes were divided between the Congress and the regional party All India United Democratic Front.

The BJP taking some small regional players in its fold, formed the first BJP government in Assam. The Uttar Pradesh Assembly election results again showed the similar trend. The division of votes between Mayawati-led Bahujan Samaj Party (BSP) and Akhilesh Yadav-led Samajwadi Party (SP) played a crucial role in handing out the absolute majority in the assembly. However, the recently held bypolls in the state painted a different picture. The BJP lost two crucial Lok Sabha seats –Gorakhpur and Phulpur–when the BSP and the SP joined hands. Gorakhpur was held by none other than Uttar Pradesh Chief Minister Yogi Adityanath. In the Bihar Assembly election, BJP was defeated in Bihar as Lalu Yadav and Nitish Kumar stitched a pre-poll alliance and stopped the division of votes.

The division of votes and multi-parties battle benefit the BJP. In Karnataka, the JD(S) is being seen as the kingmaker. The BJP has been soft on it during the election campaign, keeping a window of a post-poll alliance to form a coalition government in Karnataka.

The BJP registered an easy victory in the Congress-ruled states like Haryana, Maharashtra, Uttarakhand and Assam. The fact is Karnataka is a Congress-ruled state and anti-incumbency sentiments may go against the astute Siddaramaiah too. BJP president Amit Shah is a master post-poll strategist and a fragmented mandate, as projected by exit polls, would give him an opportunity to form a government by taking other players into an alliance. It will be difficult for the ruling Congress to form the government if it misses the magic mark of 112 even by a whisker while the BJP can end up forming a coalition government in such a situation.

The 224-seat Karnataka Assembly election (polling held for 222 seats) saw a triangular battle and fate of the candidates has been sealed. The fragmented mandate has always worked for the BJP as it went ahead of the Congress and stitched a post-poll alliance to grab power, an example of which we recently saw in Goa. Karnataka, with 28 Lok Sabha seats, is a state the BJP and the Congress can’t afford to ignore. The May 15 result will have wide ramifications on upcoming elections in states like Rajasthan, Madhya Pradesh and Chhattisgarh. The Lok Sabha poll 2019 is also staring at us.