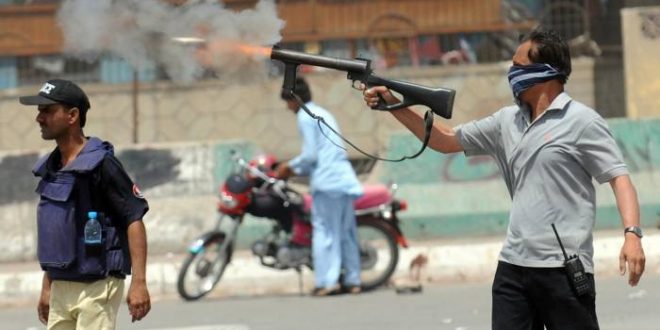 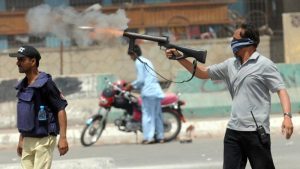 KARACHI/MELBOURNE: Pakistan’s former capital Karachi has become the most dangerous city of Asia because of its low ranking in digital, health, infrastructure and personal security ranked by the Economic Intelligence Unit (EIU) as revealed by the Safe City Index (SCI) an initiative sponsored by the Economist Magazine last year but kept hide due to the influence and pressure of an extraordinary influential secret agency which known as ‘Space Creature’ internationally plus neither this report could published in Pakistani media nor other figures even any single detail regarding this story could saved in the country’s historical record while the Pakistan’s official statements, press releases, handouts and private and public media reports were being misguided to the masses as well as the whole world as in practice since 1990. 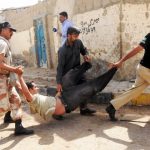 Karachi ranked the lowest on the Safe Cities Index, making it the most dangerous city in Asia. It scored 43.22 in digital security, 39.92 in health security, 40.11 in infrastructure security, and 31.85 in personal security. The low ranking in personal security is most staggering for this city that counts over 20 million residents in its surrounding area. In Karachi, many report feeling unsafe walking alone, even during daylight. Instances of violent crime remains high and things like carjackings are not uncommon. To worsen problems, target killing, enforced disappearance, corruption and bribery also runs rampant in the city, a situation that only seems to be worsening.

The Safe Cities Index is an initiative sponsored by the Economist magazine, and uses four categories to determine the perceived safety of a given city. The categories are No. 01 Digital Security which measures how likely one is to be a victim of privacy violations or identity theft through the internet. Availability of technology and its level is also measured. No. 02 Health Security which measures ease of access to care for residents, as well as its quality. Air and water quality is also taken into consideration, as is life expectancy. No. 03 Infrastructure Safety which measures the resilience and safety of urban infrastructure, particularly against potential disasters. Frequency of accidents is measured along with the standards with which infrastructure is held to and No. 04 Personal Safety which measures the incurrence of violent and petty crime, drug use, theft, and violence. How safe residents generally feel in their city is also taken into consideration.

Data was sourced from cities on overall liveability, as well as data from the World Health Organization (WHO), the Kaspersky Lab, and other sources. The higher the score is to 100, the safer the city’s ranking is considered.