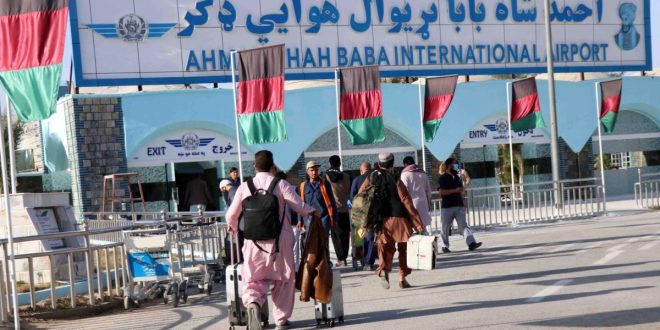 KABUL/ KANDAHAR/ ISLAMABAD: Last week, Kawsar Sama and her family packed up their belongings and got on a flight to the capital city of Kabul. For the 21-year-old and her family, life in the southern city of Kandahar had become dangerous as the Taliban has pushed into the districts surrounding Afghanistan’s second-largest city in recent weeks. 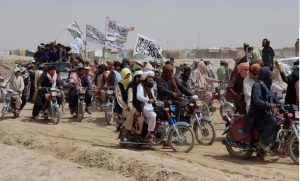 “It’s too risky for people to send their children to school. You’d only go to the market if you absolutely had to, and even then, so many of the stores would be shut. Life had stopped,” Sama said from her family’s temporary home in Kabul.

Though she says the Taliban is yet to enter the city centre itself, the fighting has come to the districts. Residents said this has left them feeling trapped, in constant fear that the Taliban could arrive any day.

For the Taliban, taking full control of a city home to hundreds of thousands of people a month before the final withdrawal of US-led foreign forces would be a big victory, but to the Kandahari people that all-consuming thought is a nightmare.

Navid Amini, 23, has spent his entire life in the city of Kandahar, but he says he has never seen anything like what has been going on in the province in recent weeks.

Like Sama, Amini says each Taliban advance in the surrounding districts exacerbates the fear among the people.

“There is war all around the city,” Amini said by phone from Kandahar. On Wednesday, residents told Al Jazeera that there was fighting in four different districts, and that the Taliban had captured a key commercial building.

Last week, Human Rights Watch released a report accusing the Taliban of summarily rounding up and executing people believed to work for the government and members of the Afghan National Security Forces. 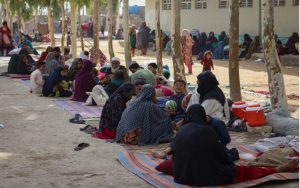 The HRW report came just after the United Nations issued a warning to all parties to the conflict that they are “tracking the many allegations of harm to civilians” in the province.

The Taliban says it “categorically rejects” the accusations, which it called “propaganda”.

The group went on to say: “We invite all humanitarian and international organizations along with the media to visit Spin Boldak district. We will facilitate their travel and let them prove where and when anyone was killed?”

Dur Mohammad, 42, does not buy the Taliban’s words. He says his nephew, Ahmadullah, who had been part of the police, was taken in the night more than a week ago. He has not been heard from since.

Mohammad says the family was lied to by the group when they first took over Spin Boldak district earlier this month.

He says they sent letters assuring anyone who had worked with the government or foreign forces that no harm would come to them so long as they reported to the leadership and admitted to their “crime”.

“So, we told him to come back. For four days he was fine, then one night they just took him and we haven’t heard from him since.” 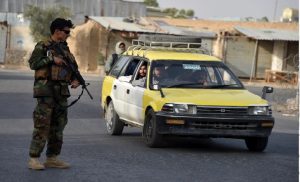 ‘Just tell us where the roof is’

However, as the war between the two sides grows more violent, the possibility of travelling to the districts is proving more difficult.

Earlier this month, Danish Siddiqui, an award-winning Reuters photojournalist, was killed in crossfire while embedded with the Afghan National Security Forces in Spin Boldak. The government blamed the Taliban for his July 16 killing but the government too has taken worrying action towards journalists trying to report from embattled areas.

On Tuesday, there were reports that the Afghan government had detained four journalists for trying to enter Spin Boldak district, bordering Pakistan.

The Ministry of Interior has accused the reporters, working for local radio and TV outlets, of spreading “propaganda” for “the enemy”.

Amnesty International has called for the immediate release of the journalists. “These journalists were returning from Spin Boldak district after investigating about civilian casualties. We call for their release,” the rights group tweeted.

Sama says one does not have to go far to hear of the Taliban’s cruelty, though.

“Even in the outskirts of the city, they come to people’s houses, take what they want and kick entire families out of their homes.” 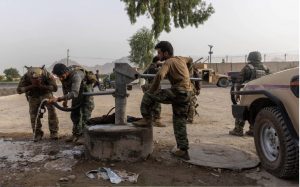 Zainab, 21, says that her family home, only 20 minutes from the city, was recently raided by the Taliban.

“It was all us women at home when they came storming in, they said, ‘Don’t worry, we won’t do anything to you. Just tell us where the roof is.’”

Zainab said the fighters went straight to the roof, where they started firing on buildings belonging to police with rocket-propelled grenades (RPGs) and rockets. Their home, she said, had become the target of crossfire between the warring sides.

‘This is a dark place for everyone’

Amini says that in Mirwais Mina, a community 15 minutes from the city, residents have noticed a change in the Taliban’s demeanour.

“They’re not the same Taliban as even two weeks ago,” Amini’s friends relayed to him, saying that even in the last several days the nature of the Taliban has changed.

Most worrying is the fact that the fighters have been seen digging and placing wires into the ground surrounding the main roads and civilian areas.

“They have dug bombs into the ground. It’s obvious the civilians cannot even cross a metre to somewhere safer,” Amini said. 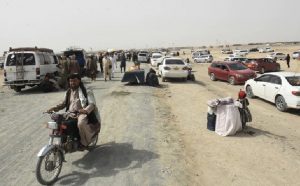 A recent United Nations report found a threefold increase in the number of civilian casualties from the use of IEDs. According to the UN, the first six months of 2021 saw 501 civilians killed by IEDs and a further 1,457 injured.

In recent weeks, crossfire has also become a prime cause of casualties in the province.

One camp in the city is now home to more than 22,000 internally displaced people who come from the neighboring districts and provinces. Overall up to 150,000 people have been displaced due to the war raging in rural areas of Kandahar.

Nasir Ahmad, 24, said his brother, sister-in-law and mother were shot by what he believes to be Taliban fighters.

“They were on a motorcycle on the street with my brother when they were shot during a cross-firing,” Ahmad told media. “My mother was hit in the stomach. My brother has bullet injuries in his back while his wife sustained chest injury.”

Amini, the 23-year-old, says the current situation has changed the way he sees the city he has called home his entire life.

“I see children scream, old women crying. Everything a young man should not see. This is a dark place for everyone. This is not the place you want to live.”