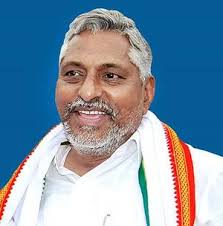 Jeevan Says C M Was Not Committed to Welfare of Poor

Hyderabad, : Congress party MLC T. Jeevan Reddy on Monday alleged that CM KCR was not committed for the welfare of the poor people of the state. He also alleged that the CM had not sanctioned even a single ration card during his last five year rule.
He asked the CM if he had implemented KG to PG scheme in the state while wondering where the grand son of the CM is studying. Commenting on his native place Jagtiyal, he said that the Jagtiyal municipality was a role model  in the entire state. He said that Jagtiyal was the only municipality in the entire state to give continuous amount of drinking water to its residents. He alleged that the CM had brought a GO to ensure his defeat in the elections.