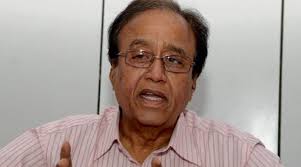 Jaitley left nothing for people, but for corporates: CPI 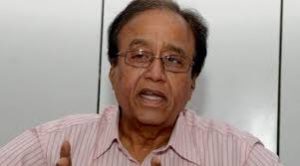 Hyderabad,  Reacting to the Union Budget proposals presented today, CPI general secretary S Sudhakar Reddy stated that Union Finance Minister Arun Jaitley has left nothing for the common people, but all for the corporate houses in the country.
In a statement here today, the CPI general secretary stated that the Centre through the Economic Survey has created expectations that it would pay special attention to three sectors – agriculture, education and employment. “The Union Budget presented by the Finance Minister does not have anything concrete to solve any of the pressing problems of the desperate people in all the three sectors”, he stated, adding that the promise of creating 70 lakh new jobs in the current financial year was just a jumla. Several crores of youth, particularly educated ones, do not have jobs and the government has nothing to assuage their hardships.
In agriculture sector, the proposed funding of infrastructure will not help the crisis-ridden farmers and they continue to face hardships due to non-availability of remunerative prices for their products, whereas the prices of all inputs are continuously rising, he added. “During the last three years, the Central government’s funding of education sector has been continuously reduced. This year, it was just 2.4 percent of the GDP.
The Finance Minister has done nothing to provide funds for the education sector. Instead scholarships of students and seats in higher educational institutions are being systematically reduced. Even enrolment at primary level got reduced during the last three years”, he alleged. On the other hand, the various proposals of the Finance Minister in the Union Budget, including those on Railways will heap new burdens on the common people. Prices of all essential commodities will continue to rise. So where are ‘Aachhe Din’ for the common people?, he asked. However the Finance Minister found it prudent to further reduce the corporate tax, he quipped.