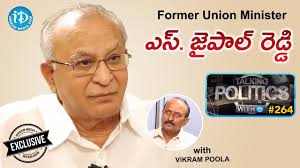 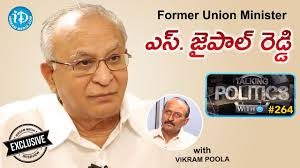 Karimnagar,  Congress senior leader and former Union minister S Jaipal Reddy has said he would not talk about Prof. Kodandaram’s ‘Telangana Jana Samithi’.
Speaking to the media here today, Jaipal Reddy said Kodandaram’s role in Telangana movement was great. “Floating of a political party was Kodandaram’s wish and I am not an intellectual to say what will happen to his party”, he opined. He said the TRS government was borrowing huge loans indiscriminately in the name of projects and Mission Bhagiratha.
Finding fault with the TRS leaders for criticizing the Congress party’s bus yatra, Jaipal Reddy said it was not proper for TRS leaders to criticize it while sitting in AC rooms. He also said the Supreme Court made changes in the SC, ST Atrocities Act due to the failure of the NDA government