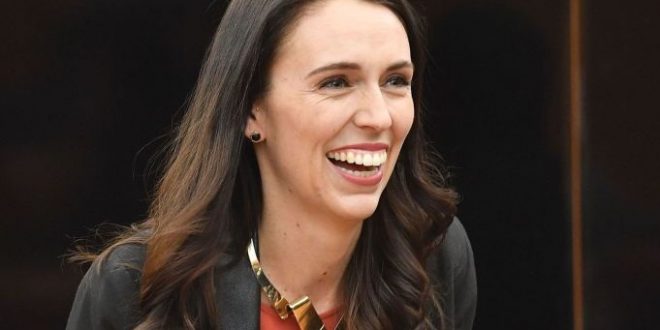 AUCKLAND/ WELLINGTON/ MELBOURNE: Jacinda Ardern is on track for a second term as New Zealand’s Prime Minister in elections that will take place on Saturday, thanks largely to her handling of the coronavirus pandemic, which has helped burnish her image as an effective leader. 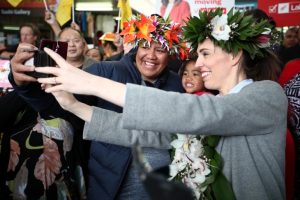 While the government has lost some support since the coronavirus resurfaced in Auckland in August, recent opinion polls show it is still polling at 46 percent compared with the National Party’s 31 percent with just two days to go before the election.

Political scientist and gardening enthusiast Georgina Murray cast one of her two votes to the Green Party in a bid “to keep the Labour Party honest”. In New Zealand, people get to express their preference for both – a candidate and a party. This year, the country had a record number of advance votes.

“I normally vote for Labour but I’m voting tactically this year,” she said. “I think Jacinda Ardern is fabulous because she has championed women’s rights, she’s publicly condemned racism, she’s warm, and she has re-envisioned what leadership can look like.”

“Jacindamania” has not always had a hold on voters. Despite leading the country through a “terrorist attack” in 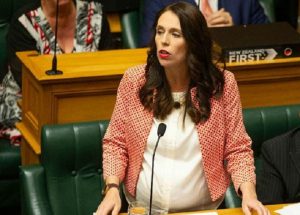 March 2019, a volcanic eruption in December, and making the cover of Vogue and TIME magazine, Ardern’s Labour Party had actually fallen behind the opposition National Party in February.

Political commentator Ben Thomas says the dip was because while Ardern won plaudits for her kindness and empathy, many New Zealanders felt she was failing to deliver on her promises of transformational change.

“She made utopian promises, to ‘lift countless children out of poverty’ and to build 100,000 homes in 10 years. By that calculation, 10,000 should have been built by now and we’ve seen less than a few hundred. There were numerous pledges to invest in transport and infrastructure but despite the many press releases I’ve seen no shovel hit the ground,” he said.

But the coronavirus pandemic changed the equation.

“Coronavirus gave Ardern a clean slate,” Thomas said. “She could reset the agenda. You could see it as either the PM 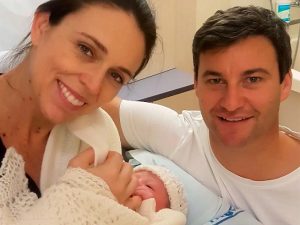 Under Ardern’s government, New Zealand has reported fewer than 2,000 cases and 25 deaths, and while the country endured a tough lockdown, it seems to have avoided the calamitous economic impact suffered by countries such as the United Kingdom.

Treasury figures suggest the economy is likely to contract by just more than 3 percent in the June 2020 quarter, which is slightly better than economists had predicted. Unemployment is expected to have peaked at 7.8 percent in the March 2022 quarter.

“We are bombarded with images of Trump’s America and Boris’s United Kingdom so there’s a sense of relief that we have dodged a bullet thanks to Jacinda.”

Ardern is widely viewed as the antithesis of Donald Trump, and has even become a source of pride for Kiwis, Thomas says. 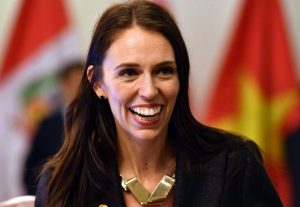 Labour’s handling of coronavirus has not been without mis-steps: the Ministry of Health did not adequately test those at the border, which probably led to the second wave of community cases in August.

The government was also criticized for having shortages of personal protective gear for front-line staff; failing to keep up with demands for flu vaccinations; and the legitimacy of the first lockdown was called into question before the High Court. The court found that while the first nine days of the lockdown were justified, they were also unlawful.

The National Party has also had its troubles. Despite leading in the polls in February, the party’s endured changing leadership and scores of resignations. Some 19 of its original 56 MPs decided against standing for the 2020 election. Thomas says the leadership was almost “thrust” onto Judith Collins, whose hero is former UK Prime Minister Margaret Thatcher, as a last resort.

Business owner Ajay Agrawal would usually vote for the National Party, but he was touched by how Ardern handled 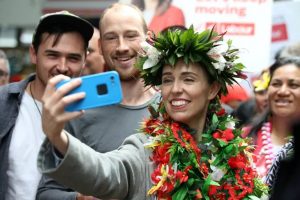 coronavirus and the Christchurch terror attacks.

“The worries I had before do not matter now,” Agrawal said. “I feel very proud to have Jacinda as my prime minister. A lot of people from my country [India] talk about her, that’s a pretty big deal. I don’t even know who the Australian prime minister is, that says a lot.”

Still, other voters are wary of getting caught up in the hype. There are 15 parties contesting the election and even if Labour win they will probably have to govern in a coalition.

Phillip Craig says he will be voting based on policy.

“It’s a dangerous game to vote according to personality,” he said. “She still has my vote, but I have not been swayed by ‘Jacindamania’. I’m skeptical of all the international news coverage. Where is the meat to Jacinda’s hype?”

John Hughes has also proved immune, but he says he remains a staunch National voter. 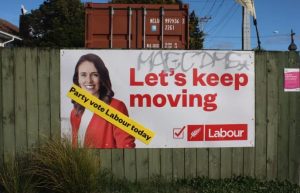 “I think the country needs a strong and firm hand,” Hughes said. “I voted for Labour once and it almost destroyed the country in the 70s and 80s. I vowed I would never vote for Labour again. I see Judith Collins as a strong person. She’s a better orator than Jacinda and she’s got that charisma that Ardern doesn’t have.”

Political analyst Geoffrey Miller says while the National Party wants to stress differences in policy, its efforts are likely to prove futile. Voters are not interested in anything but the “here and now”, he says.

“When you see the country having a rugby match where 30,000 people are gathering in a stadium – it’s seen as evidence of the government’s success,” he said. “People look around at freedoms such as meeting friends for coffee and not having to wear a mask. People are feeling grateful to be cut off from the rest of the world.”

While there was always an element of uncertainty with any election, “you can clearly see that Labour is in cruise control”. 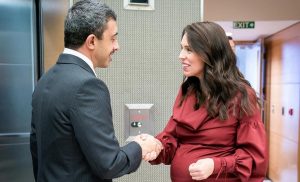 Irrespective of the election result, however, New Zealand faces serious challenges ahead.

Senior economist Brad Olsen says questions around moves to open the border, and rising unemployment as the pandemic drags on elsewhere in the world are likely to become more pressing.

And the need for social housing, which Ardern has been promising to resolve since first coming to office in 2017, has still to be addressed.

There are now nearly 20,000 people on the waiting list, compared with an average of about 4,000 in each of the three years to 2016, according to Olsen, and with Maori, young people, and women traditionally most affected by recessions, the situation is going to get worse, he said. 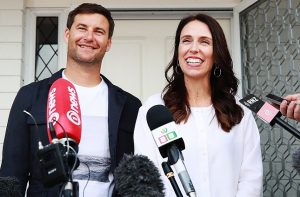 At the same time, housing prices have been rising as those able to afford a 20 percent deposit and a low rate mortgage have been getting into the market – further widening the divide between the haves and the have-nots.

Ardern has ridden a wave of popular support thanks to the pandemic, but if she is returned for a second term it will be time to deliver on the transformational change she has long promised.

As Miller says, while most voters have given the government a “get out of jail free card” for this election, “I don’t think voters will do so again.”