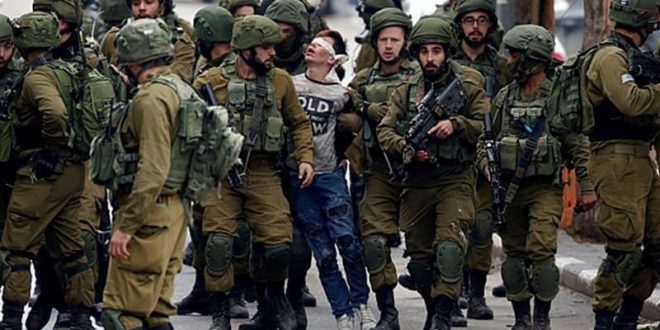 Israel agreed to send diesel fuel to the Gaza power plant, expand the fishing zone to 15 nautical miles and return to Gaza 60 fishing boats that had been confiscated by the Israel Defense Forces, according to a report released shortly after midnight on Friday by Sawa, a Gaza-based news outlet. 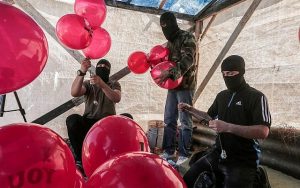 Hamas agreed to halt the launching of balloon-borne incendiary devices across the border and to rein in weekly border protests.

UN and Egyptian officials mediated the ceasefire, which was to take effect Friday morning, the report said.

There was no confirmation or comment from Israeli officials on the reported truce.

The Fire and Rescue Services and local governments said that at least 30 fires broke out in southern Israel Thursday, including 17 large blazes that investigators confirmed had been ignited by arson balloons.

The rash of arson attacks on Thursday likely caused the largest number of fires started by Gazan balloons in a single day since Palestinians began launching the airborne incendiary devices over a year ago. 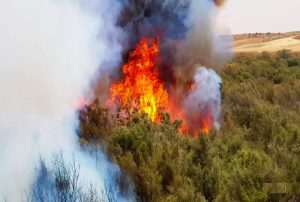 Since Sunday, there have been approximately 100 fires started by balloon-borne arson devices, according to figures from the local fire department.

There have been no injuries reported in the blazes, most of which have occurred in agricultural fields and grasslands, but they have caused significant damage to crops and wildlife. Several fires were also reported inside Israeli communities in the Sha’ar Hanegev, Sdot Negev and Eshkol regions.

Arson attacks picked up considerably in the past week, with teams affiliated with the Gaza-ruling Hamas terror group launching hundreds of helium-inflated balloons and condoms carrying incendiary devices and, in some cases, explosives across the border into Israel. 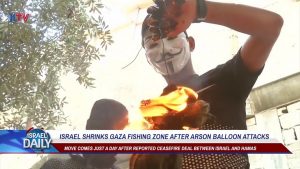 In general, the incendiary devices consist of a burning piece of burlap or other fabric soaked in fuel, which is connected to one or several balloons. There have also been cases of larger clusters of balloons carrying model drones and small bombs being launched toward Israel. The easterly winds coming off the Mediterranean Sea push the balloons into Israeli territory.

In response to the ongoing attacks, which represent a breach of an unofficial ceasefire agreement between Israel and terror groups in the Strip, Israel halted the flow of gasoline and diesel fuel into the Gaza Strip Tuesday, a move that drew criticism from human rights advocates, who condemned it as collective punishment. 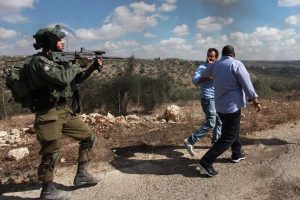 The restrictions on the fishing zone had also been criticized for punishing fisherman who have no link to the airborne attacks. Last week, Israel extended the fishing zone to 10 nautical miles, after it had been closed entirely for several days.

The halting of fuel shipments marked a shift in tack for Israel. Over the past several weeks, the government has used various restrictions on the size of the Strip’s fishing zone as its primary method of retaliating for the arson attacks. 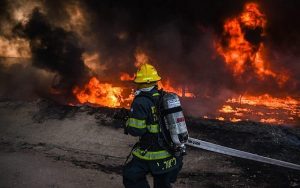 A Gaza official on Wednesday said that the decision to stop fuel shipments bound for Gaza’s sole power plant had significantly exacerbated the existing power shortages in the coastal enclave.

On Tuesday, a senior Hamas member warned Israel that its policies toward Gaza were endangering unofficial ceasefire understandings between the sides.

Earlier this month saw a fresh surge in serious violence between the two sides, including two nights of rocket attacks and retaliatory Israeli air force strikes. 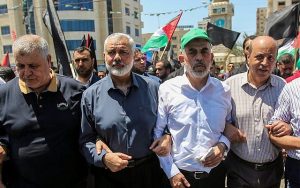 Hamas, an Islamist terror group sworn to Israel’s destruction, has controlled Gaza since ousting the Fatah-dominated PA in a bloody coup in 2007.

Israeli authorities said that at least 30 blazes had been started by helium-filled balloons from the Gaza Strip on Thursday, amid escalation between Israel and Hamas.

According to figures released by Israel’s Fire and Rescue Service and local government authorities near the Gaza border, arson balloons caused at least 30 fires in the arid farmlands of southern Israel.