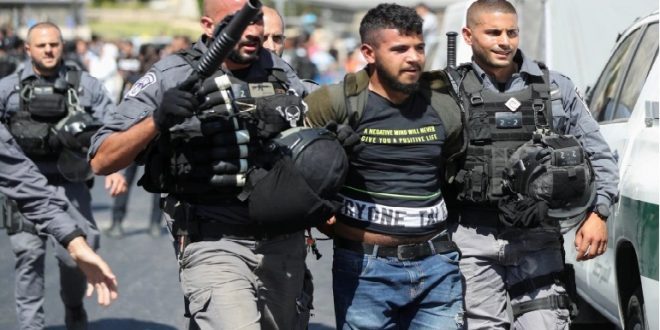 RAMALLAH/ JERUSALEM: Israeli forces have detained dozens of Palestinians in recent days in a campaign of mass arrests in response to an embarrassing high-security prison escape earlier this month.

“We have documented an average of 14 arrests per day in the occupied West Bank since the men escaped,” Milena Ansari from Addameer told Al Jazeera. “This does not include the Palestinians arrested within Israel.” 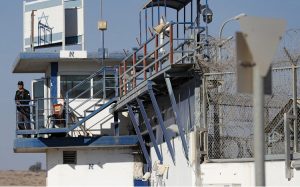 All six men who tunneled out of the prison are now back in Israeli custody after the final two Palestinians surrendered to troops in Jenin city early on Sunday.

Amid the manhunt for the missing men, Israeli forces carried out retaliatory raids against family members of the escapees in the Jenin area, which was already restive, arresting and interrogating them before releasing some.

The arrests and raids have also focused on Ramallah, Hebron, Nablus and surrounding villages.

A number of Palestinian children were also swept up in the latest wave of arrests. Thirteen-year-old Mustafa Amira, from the town of Nilin near Ramallah, was arrested by Israeli soldiers last week while he was on village land close to a separation wall built by Israel to divide the area from settlements.

His father Khalil Amira told           media that Mustafa and his cousin Muhammad, 15, were arrested and beaten by about 10 Israeli soldiers and held in detention overnight by Israeli police without being given food or water. 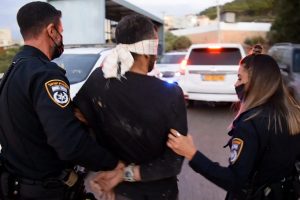 Photos of Mustafa show him with a swollen and bruised eye and cuts on his face.

“He was dragged on the ground by the soldiers before being handed over to police who interrogated him for many hours,” Amira said.

“Why did so many armed men have to beat a young boy? If they had a case against him why didn’t they deal with him legally and lay charges?”

Amira said he was keeping his son home from school because the boy was still traumatised by his experience.

According to Ziad Abu Latifa, a paramedic with the Palestinian Red Crescent in el-Bireh, which regularly sends ambulances to Nilin, the beating and abuse of minors by Israeli security forces is an ongoing issue.

“I have dealt with many cases of minors being beaten, including with rifle butts, leading to fractures, bleeding and deep facial wounds,” Abu Latifa told media.

A number of Palestinian students have also been caught up in the dragnet.

“The targeting of students is a way to silence the voice of the youth and de-legitimize students because they have contributed to the mobilization of popular resistance,” said Ansari. 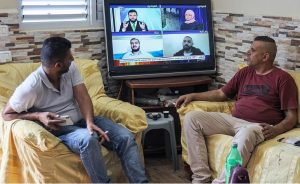 Several Palestinian organisations and their employees, including agricultural and health committees as well as human rights groups, have also been raided or detained by the Israeli authorities in recent days.

On Wednesday, Israeli soldiers raided the headquarters of the General Trade Union of Workers in Services and Entrepreneurship Sector in Ramallah, seizing several computer hard discs and documents.

The Defence for Children International, Palestine (DCIP), the Health Work Committees (HWC) and the Union of Agricultural Work Committees (UAWC) were also recently raided, with employees arrested, computers and documents seized, and some of the offices forcibly closed for six months.

“It’s important not to be dragged into Israel’s narrative of events as they always try to justify their military operations on ‘security grounds’ and this has been going on for a long time,” said Ansari. (Int’l News Desk)