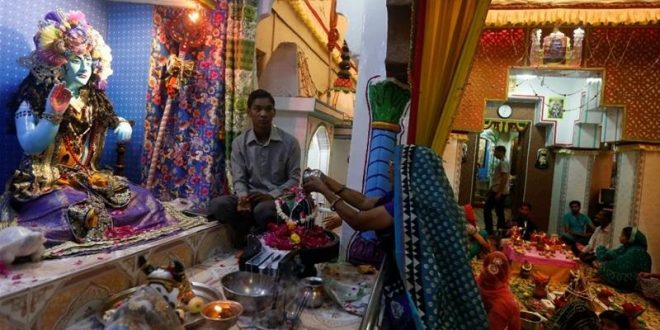 Islamabad to get first temple complex with gov’t aid 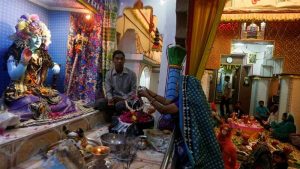 ISLAMABAD: Construction of the first Hindu temple in the Pakistani capital Islamabad began on Tuesday, as a long-standing demand of the minority community was fulfilled by the government of Prime Minister Imran Khan.

The site of the Shri Krishna Mandir (temple) complex, will also include a crematorium, accommodation for visitors, a community hall and a parking space spread across an area of 4 kanals (2,023sq meters) in sector H-9.

The plot was approved back in 2017 under former Prime Minister Nawaz Sharif’s government – however, construction was delayed until this year due to various administrative hurdles.

“This is very big step for the Hindu community and Pakistan,” Pritam Das, an Islamabad resident and real estate professional, told media.

Das said Pakistani Hindus across the country, and especially in Islamabad, were grateful to Prime Minister Khan and his government for facilitating the construction of the temple and other related facilities, which he said was much needed considering the steady increase in Hindu population in the capital. 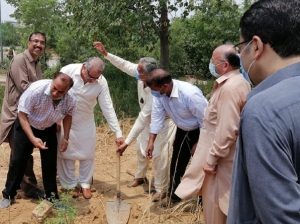 “This will send the soft image of the government of Pakistan to all over the world,” Das added.

Pakistan is home to about eight million Hindus, according to estimates from the country’s Hindu Council. The last official figures were released in 1998, when the population of the minority community was put at three million. Majority of Hindus are based in the southern province of Sindh, which borders India.

The latest numbers on religious minorities in the 2017 census are yet to be published.

Islamabad is home to an estimated 3,000 Hindus, however, no official figure is available.

“For the Hindu population in Islamabad, there is no place to gather … there was no temple, there was no community hall … which caused many issues for the community,” Lal Chand Mahli, parliamentary secretary on human rights, and a member of the governing party Pakistan Tehreek-e-Insaf (PTI), told media.

Also, there is no crematorium in the capital at present, Mahli noted, referring to a facility used by Hindus for funeral services. This meant people were forced to take bodies to their hometowns or villages travelling hundreds of kilometres.

Furthermore, the new temple complex will work as a cultural centre for many Hindu visitors who come from far-flung places such as Sindh province. 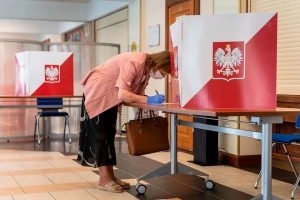 Das, who has been living in the capital since 1973, said Islamabad was one the county’s most expensive cities in the country of 200 million. For most Hindus travelling to Islamabad, accommodation was unaffordable as many of them came from lower-income backgrounds, Das added.

Khan’s government has decided to provide 100 million rupees ($1.32m) in funding for the temple and the associated facilities, local media outlet the Dawn reported.

During a meeting with parliamentarians from religious minority groups on Thursday, that included Mahli, the prime minister directed the Federal Minister for Religious Affairs Noor-ul-Haq Qadri to release the funds immediately.

Responding to a question in a news briefing held shortly after, the group of parliamentarians said Khan also directed Qadri to formulate a bill in two months addressing the contentious issue of forced conversions – of which the Hindu community, especially women, have been a target.

According to a report by the Movement for Solidarity and Peace in Pakistan, some 1,000 cases of Hindu and Christian girls being forced to convert to marry Muslim men are recorded every year.

Khan’s government has often promised since coming to power in August 2018 to improve conditions for minorities in the country, including the restoration of several religious shrines. 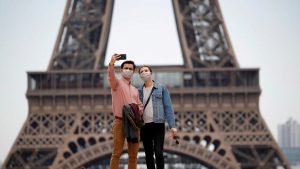 The government announced last year it was hoping to restore some 400 Hindu temples across the country as part of its plan to showcase heritage belonging to minorities, particularly Hindus and Sikhs.

Last November, the Pakistani government inaugurated the Kartarpur corridor, which leads to one of the holiest sites in Sikh religion, where Sikhism’s founder Guru Nanak spent his last days.

The corridor allows visa-free travel to approximately 5,000 Sikh pilgrims a day to the temple from across the Indian border.

The move was one of the very few acts of cooperation between the Khan-led government and India, which has seen relations worsen in recent years.

Omar Waraich, the head of South Asia at Amnesty International, told Al Jazeera that while the building of the temple was “a very welcome gesture” Pakistan’s Hindu community needed “a lot more than mere gestures”.

In its 2019 report on Pakistan, Amnesty said religious minorities in Pakistan continued to be persecuted, including under the country’s controversial blasphemy laws and attacks from hardliners.

Hindu properties and places of worship have faced attacks, with the most recent incident being reported from Thar, Sindh. At least four people were charged for vandalising the temple.

Last September, a Hindu school principal was detained by the police in the Ghotki, Sindh, for alleged blasphemy, leading to riots by far-right protesters.