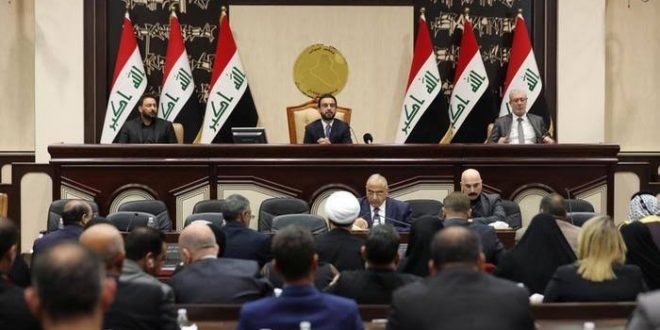 Iraqi Parliament calls for end of US troops 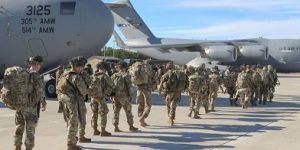 BAGHDAD/ TEHRAN: Iraqi parliament has passed a resolution calling for foreign troops to leave the country after the US martyred top Iranian General Qasem Soleimani in a drone strike at Baghdad airport last week.

Parliament also called for a formal complaint to be made at the UN about US “violations” of Iraqi sovereignty.

Some 5,000 US soldiers are in Iraq as part of the international coalition against the Islamic State (IS) group.

The coalition paused operations against IS in Iraq just before Sunday’s vote.

It said it was doing so to enable its forces to concentrate on protecting US, UK and other troops at bases in Iraq.

Soleimani’s killing marks a major escalation in tensions between Washington and Tehran. 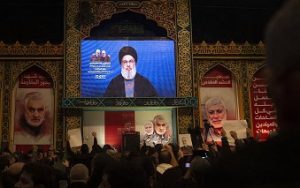 Under his leadership, Iran had bolstered Hezbollah in Lebanon and other pro-Iranian militant groups, expanded its military presence in Iraq and Syria, and orchestrated Syria’s offensive against rebel groups in the country’s long civil war.

Iraq finds itself in a difficult position as an ally both of neighboring Iran, which is demanding revenge for Soleimani’s assassination on Iraqi soil, and of the US. The Baghdad government sees the killing of Soleimani as a violation of the terms of the coalition’s presence.

Meanwhile, there are concerns that parts of Iraq’s population sympathetic to Iran have been alienated by the killing, and that pro-Iranian militant groups may seek revenge.

Thousands of Iraqis attended a funeral procession for Soleimani on Saturday before his body was flown to Iran. 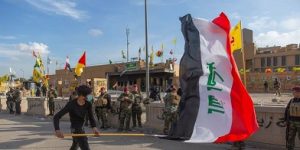 The non-binding resolution was passed by the Iraqi parliament after caretaker Prime Minister Adel Abdul Mahdi called for an end to the foreign military presence in a speech to MPs.

Says “the Iraqi government must work to end the presence of any foreign troops on Iraqi soil and prohibit them from using its land, airspace or water for any reason” 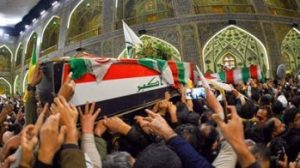 Ahead of the vote, the prime minister said the US military presence in the country should be ended as soon as possible to reorganize “healthier and correct relationships with the US and the rest of the states”.

The Iraqi prime minister revealed he had been due to meet Soleimani on Friday, the day he was killed along with six others when their vehicles were hit by missiles as they were leaving Baghdad airport.

The Iranian commander had reportedly flown in from Lebanon or Syria in the early hours of that morning. (Int’l News Desk)