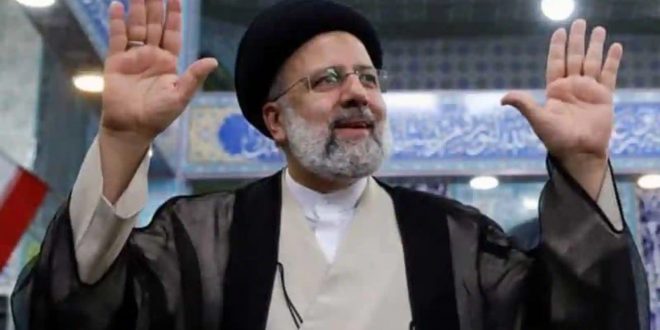 TEHRAN: Iran’s incoming President Ebrahim Raisi has promised to take action to lift harsh sanctions imposed by the United States and bridge the gap with dis-satisfied Iranians but said he will not tie the country’s future to the West.

After being officially endorsed on Tuesday by Supreme Leader Ayatollah Ali Khamenei as Iran’s eighth president, the 60-year-old signaled that he will continue talks to restore the country’s 2015 nuclear deal with world powers from which the US unilaterally withdrew three years ago. 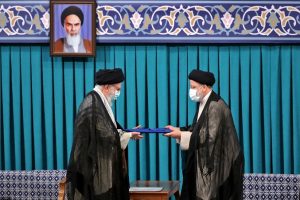 “We will certainly be after lifting cruel sanctions, but we will certainly not make the people’s livelihoods and the economy conditioned, and won’t tie it to the will of foreigners,” he said during his speech at the televised ceremony in the capital, Tehran, which was also attended by other top officials and military commanders.

A sixth round of negotiations with deal signatories in the Austrian capital ended in June, after which Iran signaled that talks can only continue after Raisi assumes office this week.

While there are expectations a day may be set to resume the talks following Raisi’s swearing-in, rhetoric by Iran and the US over the past week has suggested the two countries’ demands are at odds and both may need to make major compromises for the talks to lead to an agreement.

Raisi will also take power days after the US, the United Kingdom and Israel accused Iran of targeting an oil tanker linked to an Israeli businessman with a drone, killing two crew members, including a British and a Romanian national.

Iran has rejected the allegations, saying it would “respond decisively” if other countries decide to attack its interests. 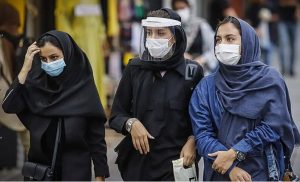 In his speech on Tuesday, Raisi said the people of Iran wish for a change in the status quo, and that he will enact that change based on revolutionary tenets outlined by the supreme leader.

“The people have called for a government that would make up for their damaged trust, return that trust and bridge the gap between the people and the government,” he said, while also pledging to fight corruption.

His speech also inevitably focused on the country’s beleaguered economy, which is dealing with a skyrocketing inflation rate of more than 40 percent, high unemployment and a huge budget deficit, among other issues.

Raisi told Iranians his administration has immediate plans to fix the major economic issues. He had previously promised to slash inflation, build four million homes in four years and create a million jobs per year.

Raisi said the people created a “glorious spectacle” on election day, sending a message of support to the Islamic Republic and calling for justice and an end to inequality and corruption. 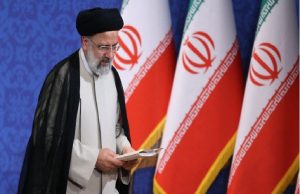 According to official figures, turnout was 48.8 percent, the lowest in any presidential race since the 1979 revolution that birthed the theocratic establishment. Also for the first time since the revolution, the share of void votes was the second-largest after Raisi, who won by a landslide.

The election cycle was also marked by the wide disqualification of reformist and moderate candidates, several of whom protested against their disqualification but encouraged the people to vote nevertheless.

Khamenei on Tuesday said the turnout was “good”, given the COVID-19 pandemic and what he described as efforts by “enemies” to make sure people did not vote.

“A conspiracy to boycott the elections was planned by enemies, which was followed by some inside the country either by negligence or on purpose, but the people’s participation was a decisive response to that,” Khamenei said during his speech at the endorsing ceremony.

With outgoing President Hassan Rouhani at his side, he also said the peaceful transfer of power indicates “political diversity and the freedom and health of the elections”.

Khamenei directed Raisi to quickly form a government that will work for the people, talk to them honestly and fight corruption.

“Yes, there are a lot of deficiencies and problems, but our capacities are more than the problems,” he said, asking the people to remain patient as the challenges can be resolved in time. (Int’l News Desk)