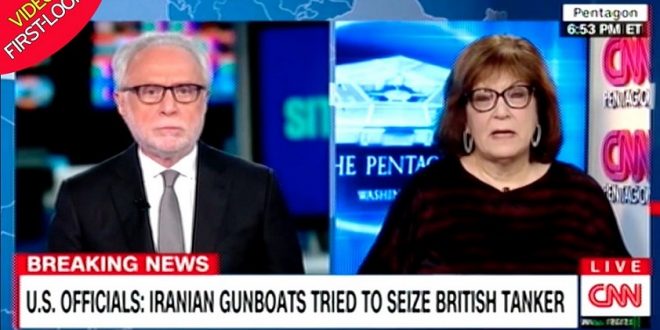 DUBAI/ WASHINGTON/ TEHRAN: The United Kingdom’s government has said three Iranian vessels unsuccessfully tried to impede the passage of a British commercial vessel through the Strait of Hormuz.

In a statement on Thursday, the UK government said that the Iranian ships on Wednesday only turned away after receiving “verbal warnings” from a UK navy vessel accompanying the commercial vessel British Heritage.

“We are concerned by this action and continue to urge the Iranian authorities to deescalate the situation in the region,” the statement said. 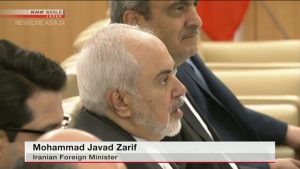 “Apparently the British tanker has passed. What they have said themselves and the claims that have been made are for creating tension and these claims have no value,” he said.

The Iranian Revolutionary Guard Corps (IRGC) also denied involvement in the incident, according to a statement issued on Thursday.

Earlier on Thursday, two US officials told Reuters News Agency that five boats believed to belong to the Guards were involved in the incident. 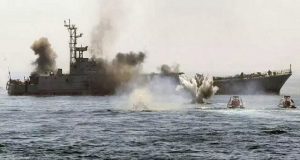 “The Royal Navy HMS Montrose, which was also there, pointed its guns at the boats and warned them over radio, at which point they dispersed,” one of the officials with the knowledge of the incident said.

“It was harassment and an attempt to interfere with the passage,” the other official said.

The US military confirmed the incident in a statement but did not share any further details.

Al Jazeera’s Zein Basravi, reporting from Tehran, said it was not clear whether Iran was carrying out a probing attack or “a rogue group of military on the ground”.

“The fact is that while this is possible, it is unlikely,” he said. 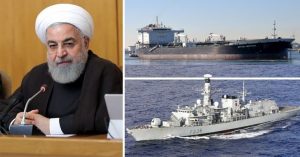 “Commanding control structures not only in the civilian government but especially in the military government and especially in the IRGC is very linear and it is unlikely that anything like this would have happened without clear directives through commanding officers, through linear lines of ranks,” he added.

Tensions in the region

The incident came after Iranian President Hassan Rouhani on Wednesday warned that the UK would face “repercussions” for seizing an Iranian oil tanker last week off the coast of Gibraltar. 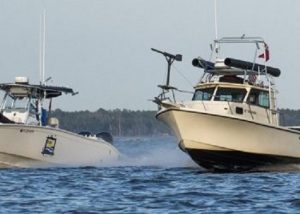 The British government said the tanker was believed to be carrying two million barrels of crude oil to Syria in breach of European Union sanctions against the government of Syrian President Bashar al-Assad.

Tehran denied that the tanker was bound for Syria and its seizure as “piracy”. It also summoned the British envoy in Iran to protest against the action.

Iran denied the tanker was headed to Syria, a close ally of Tehran, while Iranian President  said Britain would face “consequences” over the tanker seizure.

Tensions between Iran and the US and its allies have risen sharply since Washington last year unilaterally withdrew from a landmark nuclear deal signed between Tehran  and world powers in 2015.

Since then, the administration of US President Donald Trump has stepped economic sanctions against Iran and moved to bring the country’s oil exports to zero as part of a “maximum pressure” policy to make it halt actions that it said undermined regional security.

Iran has responded to the sanctions by starting to exceed limits put on its nuclear activities under the 2015 deal. 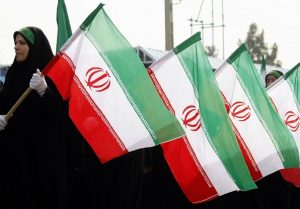 Trump, who has said he will not allow Tehran to acquire nuclear weapons, said on Wednesday that “Iran has long been secretly enriching uranium”.

Tehran, which denies seeking nuclear weapons, says its latest measures were within the framework of the deal and dubbed the US sanctions “economic terrorism”.

Several oil tankers were attacked in waters near Iran’s southern coast in May and June, for which the US blamed Iran. Tehran denied any involvement. 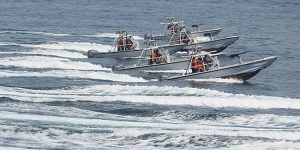 Last month, Iran shot down a US drone near the Strait of Hormuz, prompting Trump to order retaliatory air raid, only to call them off at the last minute.

On Tuesday, the US said it was working to form a military coalition to safeguard strategic waters off Iran and Yemen.

Squeezed by sanctions, Iran has delivered threats to disrupt oil flow through the strategic Strait. Last year, an IRGC commander had threatened to block all exports through the Strait if their exports were stopped. 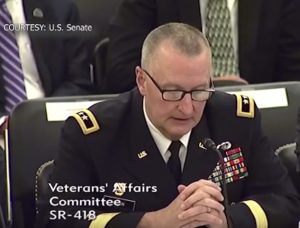 US working to strengthen maritime security in region

US Chairman of the Joint Chiefs of Staff Gen. Joseph Dunford said Tuesday that the US and its allies were working to put together a coalition of countries to come up with a system to enforce freedom of navigation in the region amid what the US says are heightened threats from Iran.

“We had a discussion today, the Secretary of State, the Secretary of Defense and I and we are engaging now with a number of countries to see if we can put together a coalition that would ensure freedom of navigation both in the Straits of Hormuz and the Bab el Mandeb,” Dunford said following an awards ceremony for his Finnish counterpart. 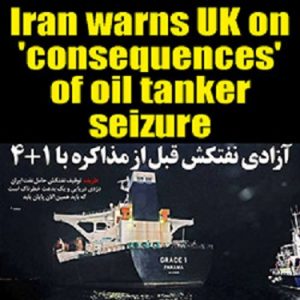 “I think what we’ll do is, we certainly from the United States perspective would provide maritime domain awareness and surveillance,” he said, adding that naval vessels would escort commercial ships that shared a country of origin, if required.

“Escorting in the normal course of events would be done by countries who have the same flag so a ship that is flagged by a particular country would be escorted by that country and I think what the United States can provide is domain awareness, intelligence, surveillance, reconnaissance and then coordination and patrols for other ships that would be in the area would be largely coalition ships,” Dunford said. (CNN + Al-Jazeera)