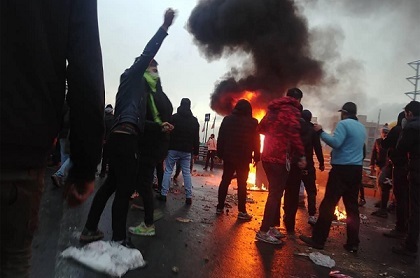 TEHRAN/ MELBOURNE: Iran’s Interior Minister has warned security officials will step up action against protesters taking to the streets over a new petrol policy. 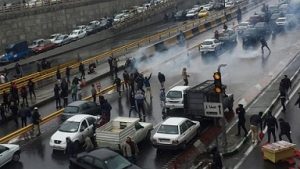 Protests have erupted across Iran after the government unexpectedly announced it was rationing petrol and increasing its price.

At least one person has been killed and others injured in the violence.

Officials say the changes, which have seen prices rise by at least 50%, will free up money to help the poor.

Iran is already suffering economically due to stiff sanctions imposed by the US after Washington decided to pull out of the 2015 Iran nuclear deal.

Protests erupted hours after the new policies were announced on Friday – with fresh demonstrations on Saturday in some cities.

There are also reports that access to the internet may have been restricted, Reuters reported citing a web monitoring group. 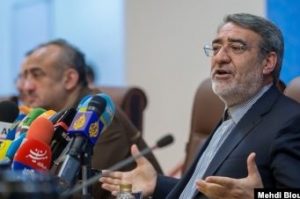 Interior Minister Abdolreza Rahmani-Fazli, speaking during an interview with state television on Saturday, warned that law enforcement and security officials will have “no choice” but to step in and restore calm if “illegal” actions continue.

Rahmani-Fazli criticised a “limited number” of people whom he accused of abusing the public mood to create “intimidation and terror”.

At least one person was killed during protests in the central city of Sirjan on Friday, officials confirmed.

State news agency Irna said there were clashes with police when protesters attacked a fuel storage warehouse on Friday and tried to set fire to it. 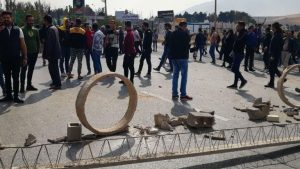 Footage posted on social media suggests other people may have been killed on Saturday.

A statement, accredited to the Security Emergency Centre (SEC) of Iran’s Interior Ministry, accused some users “rumour-mongering” and “spreading lies” about the protests.

The report also claimed that footage was being recycled from incidents in previous years to undermine public confidence and disrupt national security.

On both days there were reports of angry motorists blocking some roads by turning off car engines or abandoning vehicles in traffic.

Videos posted online purportedly showed motorists in the capital, Tehran, stopping traffic on the Imam Ali Highway and chanting for the police to support them. 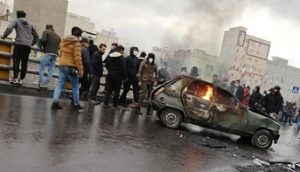 Another clip shows what appeared to be a roadblock across the Tehran-Karaj motorway, hit by the season’s first heavy snowfall. Other videos spreading online show clashes between security forces and protesters, and banks burning in several cities.

Some pictures appeared to show police stations aflame in the southern city of Shiraz.

Speaking on Iranian state TV, Prosecutor General Mohammad Jafar Montazeri blamed a “few disruptors” for the protests. He urged people to distance themselves from those who – in his words – want to show their opposition to the Islamic system.