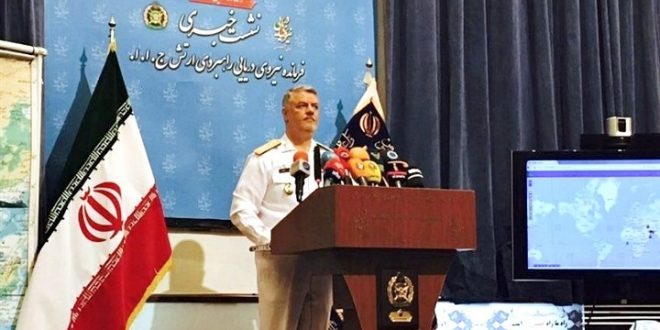 Iran warns Trump it could shoot down more US drones

TEHRAN/ DUBAI: Iran’s Naval Chief has warned the US that Tehran is capable of shooting down other American spy drones.

The message by Rear Admiral Hossein Khanzadi came during a meeting with defence officials, and four days after Revolutionary Guard forces downed a $100 million US Navy Drone in the Strait of Hormuz.

The semi-official Tasnim news agency quoted Khanzadi as saying Iran can always deliver another “crushing response … and the enemy knows it”.

Donald Trump last week called off military strikes against Iran after the Iranians shot down the US navy RQ-4A Global Hawk on Thursday. 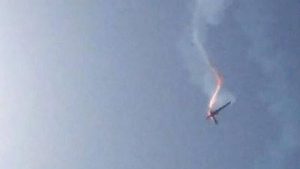 Iran claims that the drone violated its airspace, which the US denies.

Trump, however, has also said he appreciated Iran’s decision not to shoot down a manned US spy plane carrying 30 people in the same area as the drone.

Iran’s latest warning came as Britain cautioned of an accidental war between the Islamic republic and the US.

“We are very concerned: we don’t think either side wants a war, but we are very concerned that we could get into an accidental war and we are doing everything we can to ratchet things down,” Jeremy Hunt, the foreign secretary, told BBC radio. 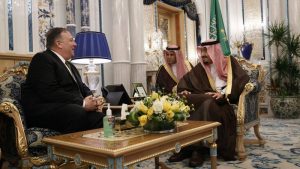 Hunt said Britain had been closely in touch with the US over the “very dangerous situation in the Gulf”.

“We have been doing everything we can to de-escalate the situation,” he added.

Mike Pompeo, the US secretary of state, landed in Jeddah, Saudi Arabia, on Monday to consult with regional allies about the situation.

The top US diplomat, who will proceed to the United Arab Emirates (UAE), told reporters before departing that Washington wanted talks with Tehran even as it planned to impose “significant” new economic sanctions. 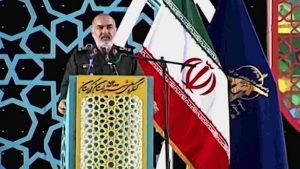 “We’ll be talking with [Saudi Arabia and the UAE] about how to make sure that we are all strategically aligned, and how we can build out a global coalition, a coalition … that understands this challenge,” Pompeo said.

Iran’s foreign ministry spokesperson said on Monday that Tehran welcomes any de-escalation in the Gulf region.

“We welcome defusion of tensions in the region. We do not want rise of tensions,” Abbas Mousavi was quoted as saying by ISNA news agency.