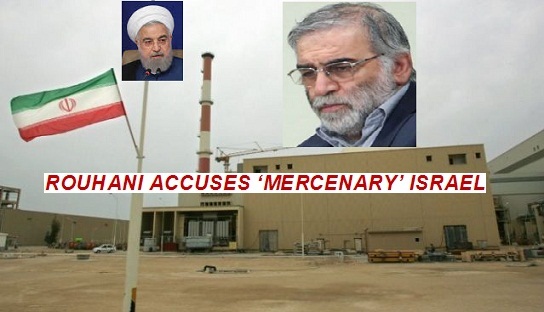 TEHRAN: Iran has vowed to avenge the killing of its most senior nuclear scientist, Mohsen Fakhrizadeh, who was assassinated near Tehran on Friday. 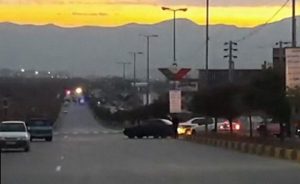 Fakhrizadeh died in hospital after an attack in Absard, in Damavand County.

Iran insists its nuclear program is for peaceful purposes.

The country’s Foreign Minister Mohammad Javad Zarif, called on the international community to “condemn this act of state terror”.

“Terrorists murdered an eminent Iranian scientist today,” he said in a tweet.

Iran’s UN ambassador Majid Takht Ravanchi said the killing was a clear violation of international law, designed to wreak havoc in the region. 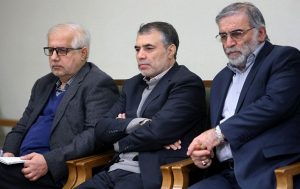 Zarif blamed Israel for the attack saying it had “serious indications of Israeli role”.

There has been no comment from Israel on the news of the assassination.

Commander of the Islamic Revolutionary Guard Corps, Maj Gen Hossein Salami, said the “assassination of nuclear scientists is the most obvious violation of the global hegemony to prevent our access to modern sciences”.

News of the killing comes amid fresh concern about the increased amount of enriched uranium that the country is producing. Enriched uranium is a vital component for both civil nuclear power generation and military nuclear weapons. 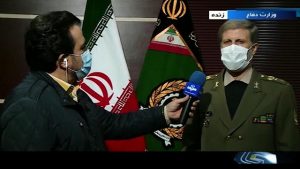 A 2015 deal with six world powers had placed limits on its production, but since President Donald Trump abandoned the deal in 2018, Iran has been deliberately reneging on its agreements.

Joe Biden has pledged to reengage with Iran when he becomes US president in January, despite longstanding opposition from Israel.

Former head of the US Central Intelligence Agency (CIA), John Brennan, said the killing of the scientist was a “criminal” and “highly reckless” act that risks inflaming conflict in the region.

In a series of tweets, he said Fakhrizadeh’s death “risks lethal retaliation and a new round of regional conflict”.

Brennan added that he did not know “whether a foreign government authorized or carried out the murder of Fakhrizadeh”. 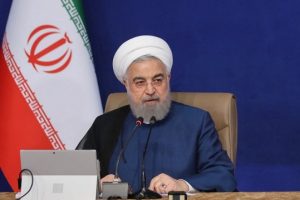 “Once again, the evil hands of global arrogance were stained with the blood of the mercenary usurper Zionist regime,” President Hassan Rouhani said in a statement, according to the state TV report on Saturday.

“The assassination of martyr (Mohsen) Fakhrizadeh shows our enemies’ despair and the depth of their hatred…His martyrdom will not slow down our achievements.”

Iran’s religious and military rulers have threatened revenge for Friday’s killing of nuclear scientist Fakhrizadeh, who Iranian media said died in hospital after attackers gunned him down in his car in Ab-Sard, a suburb in eastern Tehran. 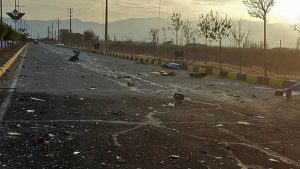 He called for perpetrators to be punished, and in a statement published on his website, Khamenei said the scientist was “martyred by criminal and cruel mercenaries”.

In light of the assassination, Khamenei said Iranian authorities must seriously consider and follow up on two issues. 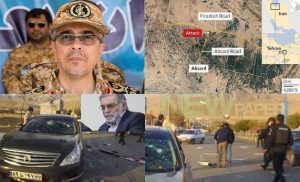 Fakhrizade, 63, had been a member of Iran’s Revolutionary Guard and was an expert in missile production. He served as the head of the Organization of Defensive Innovation and Research of the defence ministry at the time of his death.

Israeli Prime Minister Benjamin Netanyahu had specifically mentioned Fakhrizadeh by name in a 2018 presentation about Iran’s nuclear program. “Remember this name,” he had said.

Iranian Foreign Minister Javad Zarif said there was evidence pointing to the involvement of Israel in the assassination, but it was unclear who exactly conducted the hit.

Iran’s ambassador to the United Nations, Majid Takht Ravanchi, wrote in a letter to UN Secretary-General Antonio Guterres and the UN Security Council on Friday that several top Iranian scientists had been killed in “terrorist attacks” over the last decade, and said “certain foreign quarters” were responsible. 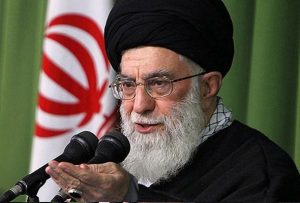 He called the “cowardly” assassination of Fakhrizadeh an attempt to “wreak havoc” on the region and disrupt Iran’s development in the fields of science and technology.

The death of Fakhrizadeh could provoke confrontation between Iran and its rivals in the last weeks of Donald Trump’s US presidency while complicating any effort by President-elect Joe Biden to revive diplomacy with Iran.

“We have noted the reports that an Iranian nuclear scientist has been assassinated near Tehran today. We urge restraint and the need to avoid any actions that could lead to an escalation of tensions in the region,” Guterres’s spokesman Farhan Haq said.

Iranian officials are already vowing to respond while saying their nuclear program will continue, sources reported. 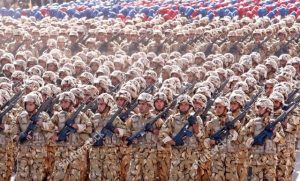 Israel has put its embassies around the world on high alert following such threats of retaliation, Israeli N12 news reported on Saturday.

A spokesman for the Israeli Foreign Ministry said the ministry did not comment on matters of security regarding its representatives abroad.

According to Baig, the incident will likely raise questions about Iran’s “internal security”.

“Iran had never allowed him (Fakhrizadeh) to be interviewed by the International Atomic Agency,’ Baig said. “His whereabouts were also kept secret.”

The scientist’s killing came amid fresh concerns about the amount of enriched uranium Iran is producing. Enriched uranium is a key component for both nuclear power generation and nuclear weapons. 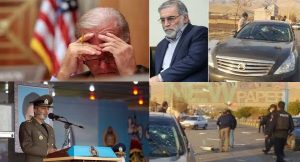 Earlier this month, the New York Times reported that Trump had asked his close aides what “options were available” to take action against Iran’s key nuclear site in Natanz, to which Tehran promised a “crushing response”.

In May 2018, Trump unilaterally withdrew from Iran’s 2015 nuclear deal with world powers and imposed harsh economic sanctions that have only escalated since.

In the past year, the Trump administration has tried to make it harder for a Biden administration to come back to the nuclear accord through retargeting Iranian entities and individuals that were already sanctioned with new terrorism-related designations.