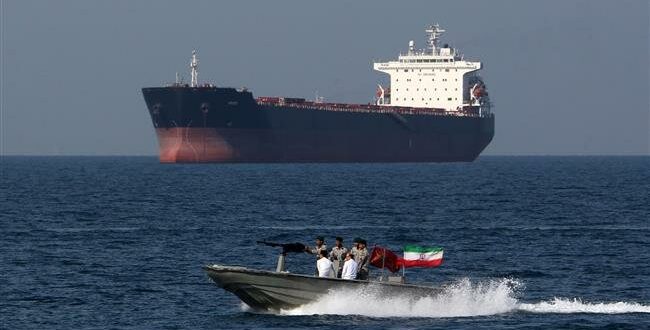 TEHRAN: Iran’s Islamic Revolution Guards Corps (IRGC) has released details of its recent capturing of a foreign tanker smuggling one million liters of Iranian fuel near the Strait of Hormuz in the Persian Gulf.

A local IRGC naval command post published the details in a statement, which was carried by Tasnim News Agency on Thursday.

According to the statement, the incident took place to the south of the Iranian Lark Island on Sunday. 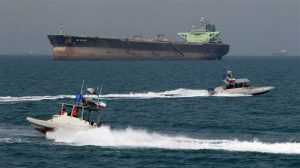 IRGC naval forces, which were patrolling the waters on an anti-smuggling mission, acted against the vessel in a “surprise” operation upon ascertaining the nature of its cargo and securing the required legal approval from Iranian authorities.

The ship had loaded the fuel from Iranian dhows and was about to hand it over to other foreign vessels in farther waters. The vessel, which had 12 foreign crewmembers aboard at the time of the seizure, is capable of carrying two million liters of fuel. 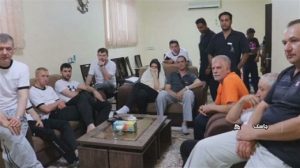 The statement hailed the naval forces’ “perceptiveness” in frustrating the smuggling effort, adding that the crime had invoked due legal proceedings.

The forces “do not hesitate for a moment to preserve the Iranian nation’s interests and assets,” it noted.

The statement also rejected reports by some Western media outlets trying to accuse the IRGC of seizing another vessel in recent days.

The Islamic Republic has come under renewed oil and petrochemical sanctions by the United States. Washington restored the bans last year after leaving a multilateral nuclear accord with Iran and other countries.

Tehran, the United Nations, the European Union, and many major countries have denounced both the US departure from the deal and its reinstatement of the sanctions as “illegal,” citing the fact that the agreement has been endorsed in the form of a UN Security Council resolution.

Tehran has also vowed to preserve its right to oil and fuel revenues, condemning Washington’s attempt at targeting it with “economic terrorism.” 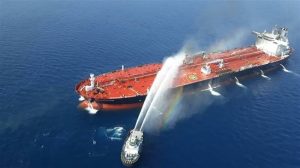 The US and some of its regional and international allies have, meanwhile, been trying accusing Iran of retaliatory naval sabotage aimed at disrupting international crude and fuel freight across the region.

The Islamic Republic roundly rejects the accusations, and reminds how it had even come to the rescue of afflicted vessels in the waters.

On Tuesday, the spokesman for the Iranian Foreign Ministry reported how the IRGC had assisted a foreign crude oil tanker in the Persian Gulf, after receiving a request for help from the vessel. (Int’l News Desk)