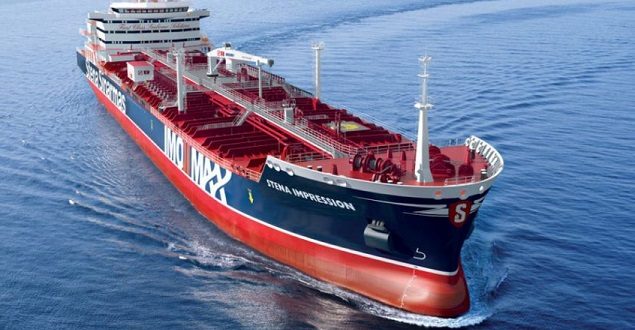 TEHRAN: There will be “serious consequences” if Iran does not release a British-flagged tanker seized in the Gulf, Foreign Secretary Jeremy Hunt has said.

The Stena Impero’s owners say they have been unable to contact their vessel, which had 23 personnel on board and was “heading north towards Iran”.

It was surrounded by four vessels and a helicopter, Mr Hunt said.

A second British-owned Liberian-flagged tanker was boarded by armed guards but is now free to continue its journey. 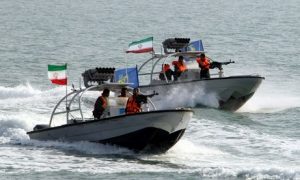 The Mesdar’s Glasgow-based operator Norbulk Shipping UK said communication had been re-established with the vessel after it was boarded by armed guards at around 17:30 BST on Friday and its crew was “safe and well”.

There were 25 personnel on board the Mesdar when it was surrounded by 10 speedboats, Hunt said.

The government’s emergency committee, Cobra, met in Whitehall twice on Friday to discuss the incident.

A spokeswoman told the BBC the government is “deeply concerned about Iran’s unacceptable actions”, saying they “represent a clear challenge to international freedom of navigation”.

“We have advised UK shipping to stay out of the area for an interim period,” the spokeswoman added. 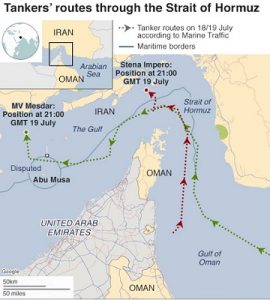 Hunt said the seizures were “completely unacceptable” and “freedom of navigation must be maintained”.

“We are absolutely clear that if this situation is not resolved quickly there will be serious consequences,” he said.

“We are not looking at military options. We are looking at a diplomatic way to resolve this situation but we are very clear that it must be resolved.”

He said the tankers’ crews were made up of a range of nationalities but no British citizens were understood to be on board either vessel.

The Stena Impero sails under the UK flag and is registered in London.

“Our ambassador in Tehran is in contact with the Iranian Ministry of Foreign Affairs to resolve the situation and we are working closely with international partners,” he said.

These latest developments come amid heightened tensions between the UK, the US, and Iran. 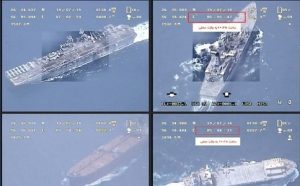 Iranian media reported Stena Impero had been seized by the Iranian Revolutionary Guard.

The Tasnim news agency quoted the Ports and Maritime Organisation of Iran as saying: “We received some reports on the British oil tanker, Stena Impero, causing problems.

“We asked the military forces to guide this tanker towards Bandar Abbas port to have the required investigations carried out.”

The Iranian Revolutionary Guard-affiliated news agency said the tanker was seized for breaking three regulations: shutting down its GPS; going through the exit of the Strait of Hormuz rather than the entrance; and ignoring warnings. 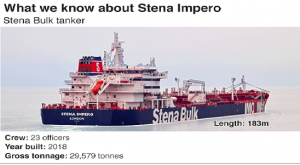 Stena Bulk, the vessel owner, and Clydebank-based ship manager Northern Marine Management confirmed the UK-registered Stena Impero was approached at around 16:00 BST on Friday while it was in international waters.

A statement said there were no reported injuries and the safety of the crew was the priority of the tanker’s owners and managers.

Tensions between the UK and Iran flared up earlier this month when Royal Marines seized an Iranian tanker which was suspected of breaking EU sanctions.

The UK suspected Grace 1, detained on 4 July near Gibraltar, was carrying oil bound for Syria.

In response to the seizure, Iran threatened to seize a British oil tanker.

On 9 July, the UK raised the threat to British shipping in Iranian waters in the Gulf to “critical” – the highest level. 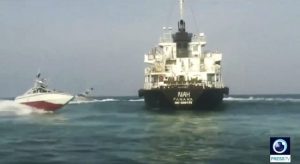 A day later, Iranian boats attempted to impede a British oil tanker in the region, before being warned off by a Royal Navy ship, according to the Ministry of Defence.

Labour deputy leader Tom Watson tweeted that the latest reports were of “real concern”, adding that “any move to seize a British tanker would be a significant and harmful escalation of a situation where de-escalation is needed”.

Sir Richard Dalton, former UK ambassador to Iran, told the BBC that Iran was “trying to put a scare into the owners and operators of tankers” in the region.

How can this episode be resolved? The likely answer – only by negotiation. And that may have to involve the return of the tanker seized off Gibraltar.

Was the decision to arrest that allegedly Syria-bound tanker the right one, especially given the context of the ongoing crisis in the Gulf?

And did the UK government respond effectively to the threats from Tehran? 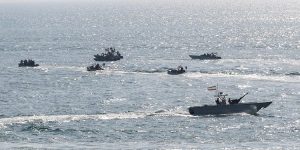 We were told that the eventual decision to despatch a second warship to the Gulf was agonized over long and hard; balancing the need to avoid escalation with the evident threat to UK-flagged vessels.

In the event, the Iranians were neither deterred nor dissuaded.

Meanwhile, the US claims to have destroyed an Iranian drone in the Gulf, after Iran shot down an American military drone in the area in June.

US President Donald Trump said he would talk to the UK following the claims that Iran had seized a British-registered tanker.

A White House National Security Council spokesman said it was the second time in just over a week the UK had been “the target of escalatory violence” by Iran.

He added: “The US will continue to work with our allies and partners to defend our security and interests against Iran’s malign behavior.” 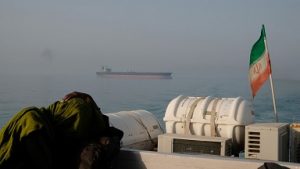 US Central Command – the Pentagon wing that oversees Washington’s security interests across the Middle East – said its patrol aircraft were operating in international airspace and were monitoring the situation within the Strait of Hormuz.

It said US Naval Forces Central Command had been in contact with US ships operating in the area to “ensure their safety”.

Iran has been blamed by the US for attacks on tankers which have happened in the world’s key shipping area since May. Tehran denies all the accusations.

Tensions between the US and Iran have risen sharply since the US tightened sanctions it reimposed on Iran after unilaterally withdrawing from a landmark 2015 nuclear deal.

The UK government’s hastily-convened crisis committees – known as Cobra – will be addressing a number of critical questions. 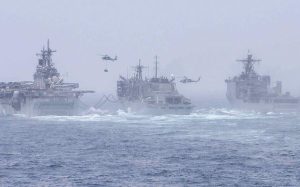 Is there a threat to life to the crew of the captured tanker? What intelligence is available, including from the US Navy and agencies, on what exactly happened?

How do we resolve this peacefully, preferably in coordination with allies and without escalating the situation? And finally, what is likely to be the Iranians’ next move?

There are further, awkward questions likely to be pursued at a later date.

How was this allowed to happen when Iran had already made its intentions perfectly clear? And when it had already apparently attempted, unsuccessfully, to capture a British-flagged vessel in the Gulf only a few days ago? (Int’l News Desk)