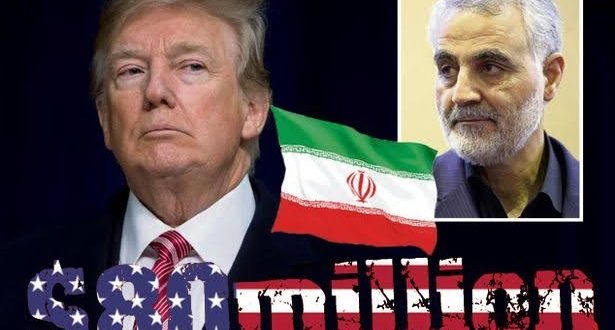 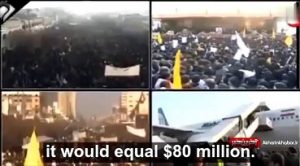 TEHRAN/ WASHINGTON: Iran has put an $80million bounty on the head of Donald Trump as it vowed to attack the White House.

The chilling announcement was broadcast live as millions of Iranians to the streets for the televised funeral of assassinated General Qasem Sloeimani.

Iran also vowed to ramp up its nukes program as it tonight pulled out of its 2015 nuclear deal.

The government announced – as hundreds of thousands took to the streets in Mashhad to mourn General Soleimani – it will no longer abide by any restrictions on its operations put in place by the deal. 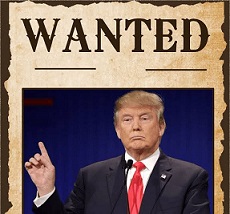 inhabitants. Based on the Iranian population, we want to raise $80million (£61million) which is a reward for those who get close to the head of President Trump.”

In response, Trump said America would strike back immediately and possibly “disproportionately” if they acted.

He tweeted: “These Media Posts will serve as notification to the United States Congress that should Iran strike any U.S. person or target, the United States will quickly and fully strike back and perhaps in a disproportionate manner.”

It comes as the two country’s teeter on the brink of war after Iran threatened to attack the White House while branding Donald Trump a “terrorist in a suit” after he vowed to target 52 sites in the Islamic Republic. 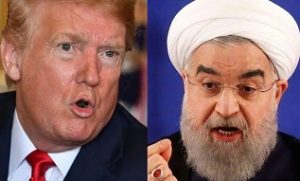 The menacing message was delivered by Iranian politician Abolfazl Abutorabi, who labelled the US’s deadly strike on General Soleimani “a declaration of war”.

He said: “’We can attack the White House itself, we can respond to them on the American soil. We have the power, and God willing we will respond in an appropriate time.

“When someone declares war do you want to respond to the bullets with flowers? They will shoot you in the head.”

The comments came after Trump issued a stark warning to Iran threatening to hit dozens of targets in the Islamic Republic “very fast and very hard” if it retaliates for the targeted killing of Soleimani. 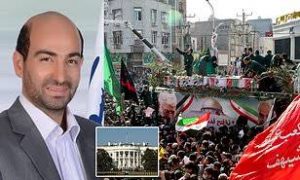 Trump tweeted that his administration had already targeted 52 Iranian sites, “some at a very high level & important to Iran and the Iranian culture.”

He linked the number of sites to the number of hostages, also 52, held by Iran for nearly 15 months after protesters overran the US Embassy in Tehran in 1979.

After his verbal blast the Iran’s media minister compared the US president to Hitler.

“Trump is a terrorist in a suit”, tweeted Mohammad Javad Azari-Jahromi.

“He will learn history very soon that NOBODY can defeat the Great Iranian Nation & Culture. 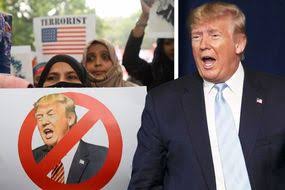 “We are the biggest and by far the BEST in the World!

“If Iran attacks an American Base, or any American, we will be sending some of that brand new beautiful equipment their way…and without hesitation!”

However, Iran’s army chief said Washington lacked the guts to go to war with his forces.

Trump appeared to respond to such threats with tweets justifying Soleimani’s killing and matching the bellicose language from Iran.