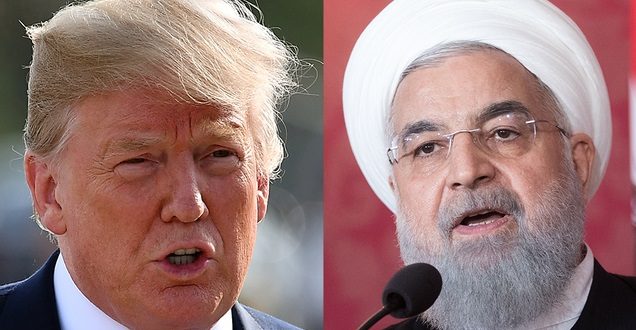 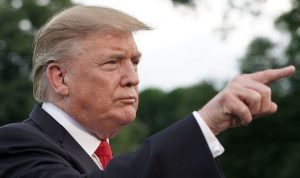 MELBOURNE/ NEW YORK/ TEHRAN: Iran “made a very big mistake” in shooting down a US military surveillance drone over the Strait of Hormuz, President Donald Trump says.

However, he told reporters it could have been the result of human error, saying: “I find it hard to believe it was intentional.”

Iran said the drone had violated Iranian airspace, but the US military denied this.

The incident comes amid escalating tension between the two countries.

Iran’s Foreign Minister Javad Zarif said Iran would take its complaint that the US “encroaches on our territory” to the UN. 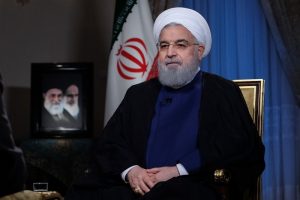 Iran’s UN ambassador Majid Takht Ravanchi said the drone was engaged in a clear spying operation in what he called a blatant violation of international law.

In a letter to the UN secretary-general and the Security Council, Mr Ravanchi said that while Iran was not seeking war, it reserved the right to to defend its territory against hostile acts.

What did Trump say?

Speaking at the White House, he called the drone’s downing a “new fly in the ointment”.

Trump said it was “documented” that the unmanned drone had been over international waters and not in Iranian airspace.

“It could have been somebody who was loose and stupid,” he added.

What other reaction has there been? 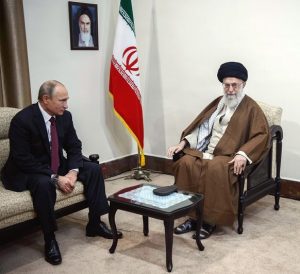 Russia’s President Vladimir Putin has warned that war between the US and Iran would be a “catastrophe with unpredictable consequences”.

In the US, Democratic House Speaker Nancy Pelosi said the US had no appetite for war with Iran, while the leading candidate for the Democratic presidential nomination, Joe Biden, called Mr Trump’s Iran strategy a “self-inflicted disaster”.

The top Democrat in the US Senate, Chuck Schumer, said: “The president may not intend to go to war here, but we’re worried that he and the administration may bumble into a war.”

The Republicans’ leader in the House, Kevin McCarthy, called for a “measured response” to the incident.

Meanwhile Saudi Foreign Minister Adel al-Jubeir told the BBC his country was trying to send a message to Iran that its behaviour was “not acceptable”.

“Nobody wants to start a war. But we can’t let Iran go on a rampage like this. The evidence of Iranian involvement is very compelling. They said they would do it, and now they are doing it,” he said.

Oil prices have jumped by about 5% following the incident.

United Airlines has suspended its Newark to Mumbai flights, which pass through Iranian airspace, after “a thorough safety and security review”.

What happened on Thursday?

Iran’s Islamic Revolutionary Guard Corps (IRDC) said its air force had shot down a US “spy” drone in the early hours after the unmanned aircraft violated Iranian airspace near Kuhmobarak in the southern province of Hormozgan.

In a speech on Iranian state TV, IRGC commander-in-chief Maj-Gen Hossein Salami said the drone’s downing was a “clear message” to the US that Iran’s borders were “our red line”.

Foreign minister Javad Zarif later said Iran had retrieved sections of the US military drone “in our territorial waters where it was shot down”. He added that the aircraft had taken off from the UAE in “stealth mode”.

Iran released unverified footage of what it said was the US drone being destroyed. 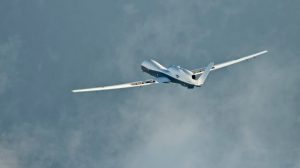 The US military’s Central Command confirmed that a US Navy Broad Area Maritime Surveillance (BAMS-D) aircraft was shot down by an Iranian surface-to-air missile system while operating in what it said was international airspace over the Strait of Hormuz at approximately 23:35 GMT on Wednesday (04:05 Iran time on Thursday).

“Iranian reports that the aircraft was over Iran are false,” spokesman Navy Capt Bill Urban said. “This was an unprovoked attack on a US surveillance asset in international airspace.”

Lt Gen Joseph Guastella, Commander of US Air Forces Central Command, later said the drone had been operating at high altitude and was about 34km from the nearest point on the Iranian coast when it was shot down.

US naval assets have been dispatched to the drone debris field in international waters, a US source told Reuters.

The BAMS-D is a RQ-4A Global Hawk High-Altitude, Long, Endurance (HALE) drone that can carry out surveillance and reconnaissance missions over vast ocean and coastal regions, according to the US military.

On Monday, the US defence department said it was deploying 1,000 extra troops to the region in response to “hostile behaviour” by Iranian forces. It has already sent an aircraft carrier strike group and B-52 bombers.What else has fuelled US-Iran tensions?

The US has also accused Iran of attacking two oil tankers with mines last Thursday just outside the Strait of Hormuz, in the Gulf of Oman. Iran rejects the allegation. 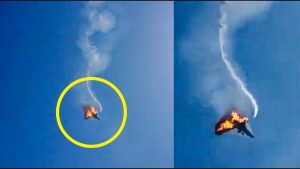 It was the second time in a month tankers had been attacked close in the region, through which a fifth of the world’s oil passes each day.

On Monday Iran also announced its stockpile of low-enriched uranium would next week exceed limits it agreed with world powers under a landmark nuclear deal in 2015.

Iran stepped up its production in response to tightening economic sanctions from the US, which unilaterally withdrew from the deal last year.

Is this the first time Iran has targeted a US drone?

Last week, the US military accused Iran of attempting to shoot down a US MQ-9 Reaper armed drone with a surface-to-air missile in an attempt to disrupt surveillance of one of the tankers that was attacked, the Kokuka Courageous.

The drone had earlier observed a fire on board the other tanker, the Front Altair.

The previous week, another US MQ-9 Reaper was shot down over Yemen by a surface-to-air missile fired by the Iran-backed rebel Houthi movement.

The US military said the altitude of the engagement “indicated an improvement over previous Houthi capability, which we assess was enabled by Iranian assistance”. Iran denies providing weapons to the Houthis.

In 2011, Iran said it had captured a US RQ-170 Sentinel reconnaissance drone that had been reported lost by US forces in neighbouring Afghanistan. It developed its own version of the drone, one of which was shot down by Israel last year. 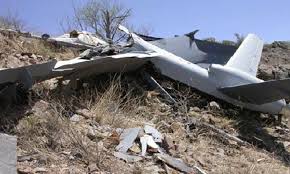 May 2018: US President Donald Trump withdraws unilaterally from the 2015 nuclear deal between Iran and six world powers, and begins reinstating sanctions to force Iran to renegotiate the accord. Iran’s economy slumps as they take effect.

2 May 2019: Mr Trump steps up pressure on Tehran by ending exemptions from secondary sanctions for countries still buying Iranian oil.

5 May: The US sends an aircraft carrier strike group and B-52 bombers to the Gulf because of “troubling and escalatory indications” related to Iran.

8 May: Iranian President Hassan Rouhani says Iran will scale back its commitments under the nuclear deal in retaliation for the sanctions, including by allowing its stockpile of low-enriched uranium to increase. Enriched uranium is used to make reactor fuel and potentially nuclear weapons.

12 May: Four oil tankers are damaged by explosions off the UAE coast in the Gulf of Oman. The UAE says the blasts were caused by limpet mines planted by a “state actor”. The US blames Iran, but it denies the allegation.

17 June: Iran says it will breach the limit on its stockpile of enriched uranium set under the nuclear deal on 27 June, unless Europe protects Iranian oil sales.

20 June: Iranian forces shoot down US military drone over the Strait of Hormuz.

Post Views: 4
2019-06-21
admin
Previous US DRONE SHOT DOWN: Iran sent a clear message to America: Revolutionary Guard Chief
Next ‘Donald Trump ordered attack on Iran then called it off’