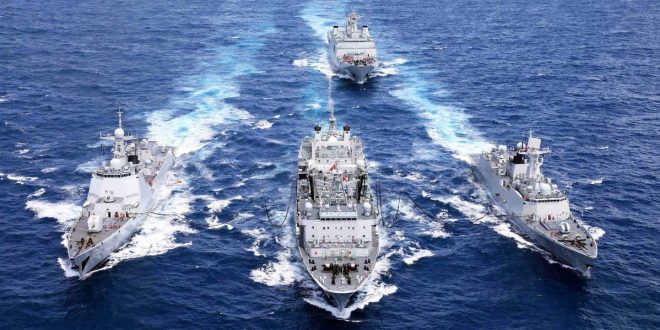 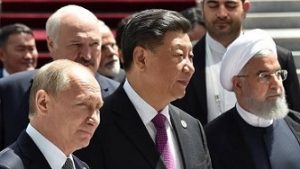 MOSCOW/ BEIJING/ TEHRAN/ DUBAI: Russia, Iran and China began their joint naval drills in the northern waters of the Indian Ocean on Friday, the deputy commander of the Iranian Navy announced.

Speaking to reporters at a press conference, Admiral Gholamreza Tahani said the northern part of the Indian Ocean is a highly secure region, adding that the sustainable security has been established by the Iranian Armed Forces.

“This (establishment of security) is a responsibility we have to the country, the region, and the world, and in line with these very important responsibilities, the trilateral war game of Iran, Russia and China begins today in the northern Indian Ocean…,” he added.

Tahani, who is also the spokesman for the Iran-Russia-China joint naval drills, said the purpose of this exercise is to strengthen security and its foundations in the region. 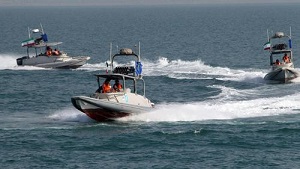 “Since the victory of the Islamic Revolution, it is the first time that the Islamic Republic of Iran holds a combined exercise with the world’s two major naval powers at such a level,” he stated.

He went on to say that according to the schedule, the war game would begin with the sailing of the naval flotillas of the three countries from Iran’s port of Chabahar.

Iran, Russia, and China are holding the four-day joint naval exercise, dubbed Marine Security Belt, in the Indian Ocean and the Gulf of Oman.

On Wednesday, Brigadier General Abolfazl Shekarchi, the spokesman for Iranian Armed Forces, said the event is meant to promote the security of international trade in the strategic regions, adding that sharing experience in maritime rescue operations was also to be pursued in the maneuvers. 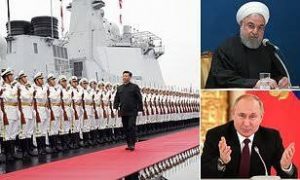 On Thursday, Chinese Defense Ministry spokesman Wu Qian announced that Beijing’s Xining guided-missile destroyer would take part in the drills. Three Russian vessels are also taking part in the drills, according to reports.

The war game comes amid US efforts to woo countries into a maritime coalition for patrols in the Persian Gulf, which have received lukewarm welcome from its allies.

The drills also come against the backdrop of increased tensions between Iran and the US after the Islamic Republic shot down an advanced US spy drone over its territorial waters and also recent attacks by Yemeni forces on Saudi oil facilities, with Washington and Riyadh claiming Iran was behind them.

The Islamic Revolution Guards Corps said on June 20 that a US spy drone that violated the Iranian territorial airspace in the early hours of the day was shot down by the IRGC Aerospace Force’s air defense unit near the Kooh-e-Mobarak region in the southern province of Hormozgan. 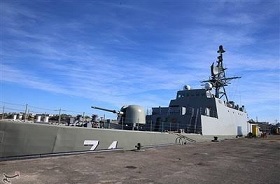 Tensions between the US and Iran escalated further after Yemeni armed forces conducted a large-scale operation against Saudi Arabia’s Aramco oil installations in September, in response to the Saudi-led war on their country.

The Yemeni Houthi Ansarullah movement immediately took credit for the attacks, but US Secretary of State Mike Pompeo swiftly accused Iran of being behind the assault, without providing any evidence. Tehran categorically rejected the allegations. (Tasnim News Agency)