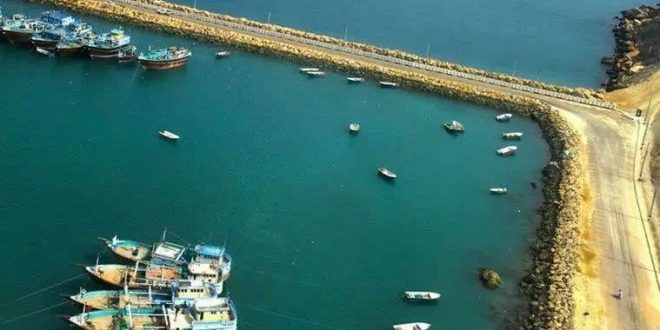 TEHRAN/ KABUL/ NEW DELHI/ ISLAMABAD: In a startling development, Iran has reportedly dropped India from a key rail project along the border with Afghanistan after New Delhi showed reluctance in joining the project due to US sanctions. 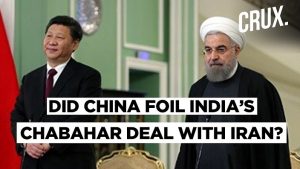 The Iranian government has decided to proceed in the long-stalled project without India’s participation, citing delays from the Indian side in funding and starting the work, the Indian newspaper Hindu reported.
The deal to construct 628-km railway line from the port city of Chabahar to Zahedan province was part of a series of bilateral agreements signed between India and Iran in May 2016.
The agreement came on the sidelines of the signing of a trilateral agreement between India, Iran and Afghanistan to develop a transport and trade corridor from India to Afghanistan through the Chabahar port in southeast Iran.
As per the memorandum of understanding, which was part of the transit and transportation corridor in trilateral agreement between India, Iran and Afghanistan, the Iranian Railways and Indian consultancy IRCON were to work out the logistics.
IRCON had pledged to provide all services and funding for the project, which was estimated to be around $1.6 billion, according to the Hindu report. 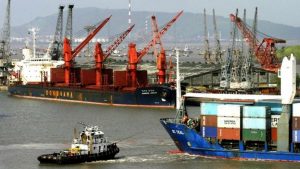 However, the project failed to take off despite many visits by IRCON engineers, and arrangements made by the Iranian side, owing to the pressure of US sanctions, sources both in India and Iran said.
Although Washington had agreed to a waiver for Chabahar port and the Chabahar-Zahedan rail project under the Iran Freedom and Counter-Proliferation Act of 2012, India showed hesitancy in providing loans for buying heavy equipment due to US sanctions, sources told Anadolu Agency.

Officials in Iran’s foreign ministry, without confirming or denying the news, admitted that the Indian side had “delayed” the project “apparently fearing US sanctions”.

The track-laying ceremony for the Chabahar-Zahedan rail line was held last week. The track will eventually be stretched to Zaranj on the Afghan side, enabling hassle-free trade and movement.
Ali Ahmadi, a Tehran-based geo-strategic expert, said the US sanctions and India’s inability to shake off US influence over their relations had “doomed this project”. 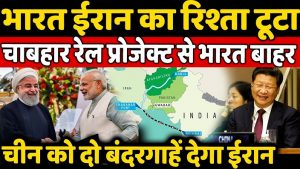 “What waiver the US gave, supposedly as a personal favor to [Indian Prime Minister Narendra] Modi, was never going to be worth anything because of all the uncertainty sanctions created around Indian involvement,” Ahmadi told Anadolu Agency.
Sumitha Kutty, a research fellow at Rajaratnam School of International Studies Singapore with focus on India-Iran relations, said the project saw “limited progress” despite discussions between the two sides over the past four years.
“The return of US sanctions (in 2018) made financial transactions with Iran and, specifically, dealings with its steel industry difficult,” she told Anadolu Agency.

Kutty said Iran had earlier self-financed the first phase of development in Chabahar, following the delays from Indian side. “Reality is that it is not a smooth working relationship,” she added.

The development comes on the heels of a 25-year $400 billion deal between Iran and China, which is currently in the “phase of negotiations”.
“At this point it is not clear if the Chinese have directly signaled interest in this project but they have long been the available alternative for infrastructure projects in Iran,” said Kutty. 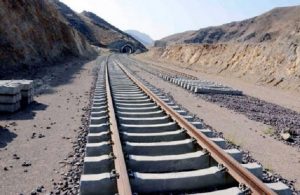 However, Indian geo-strategist and author Brahama Chellaney termed it “India’s loss and China’s gain”.
“While India’s compliance with the US sanctions has undercut its ties with Iran, China has bought with impunity heavily discounted Iranian oil.

“China is expanding its foothold in Iran with nearly 100 projects,” he wrote on Twitter.
India’s main opposition Congress Party also termed it a “big loss” for the country, while raising questions over the Modi government’s “diplomacy”.
“India dropped from Chabahar Port deal. This is the diplomacy of the Modi government that won laurels even without getting the work done, China worked quietly but gave them a better deal,” tweeted senior Congress leader Abhishek Manu Singhvi.
India and China have recently been engaged in clashes in Indian-administered Kashmir over accusations of border incursions.