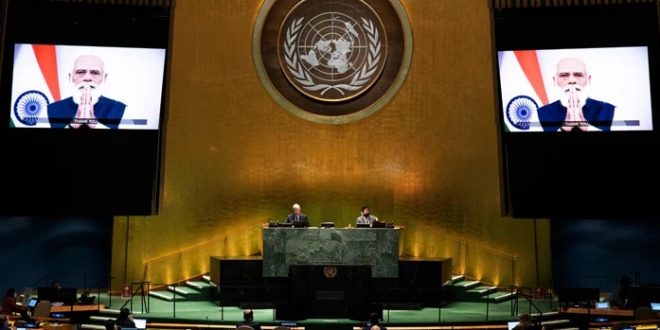 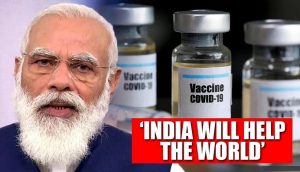 NEW DELHI/ ISLAMABAD/ UNITED NATIONS: India will use its resources “for all humanity” in the battle against coronavirus, Prime Minister Narendra Modi told the United Nations on Saturday.

In his address to the virtual UN General Assembly Modi made no direct mention of climate change or of India’s current border tussle with China following a clash in June when 20 Indian troops died, however.

“As the largest vaccine producing country of the world… India’s vaccine production and delivery capacity will be used to help all humanity in fighting this crisis,” Modi said.

“India will also help all the countries in enhancing their cold chain and storage capacities for the delivery of the vaccines,” he said.

On Friday Australian Prime Minister Scott Morrison had insisted in his speech to the UN that any nation that develops a Covid-19 vaccine share it universally. 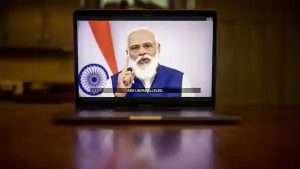 Morrison made the strongly worded appeal as the United States resists global efforts to collaborate on a vaccine.

But Modi reiterated India’s calls for reform of the United Nations and for the world’s second-most populous country to be given more influence in the global body.

“Over the last eight to nine months, the whole world has been battling the pandemic of the coronavirus. Where is the United Nations in this joint fight against the pandemic? Where is its effective response?” Modi said. 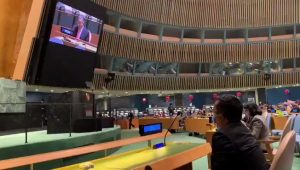 India’s 1.3 billion people “have been waiting for a long time for the process for the reforms of the United Nations to get completed,” Modi said.

“Today, people of India are concerned whether this reform process will ever reach its logical conclusion. For how long will India be kept out of the decision-making structures of the United Nations?”

India together with Norway, Ireland and Mexico will become a non-permanent member of the UN Security Council for a two-year term beginning on January 1, 2021.

Earlier, India on Friday walked out of the United Nations General Assembly (UNGA) hall even as Pakistani Prime Minister Imran Khan’s speech was underway. Pakistani PM Imran Khan, on expected lines raked Kashmir and lashed out at India during his UNGA speech.

Mijito Vinito — the Indian diplomat, left the UNGA hall as soon as Pakistan PM Imran Khan began his speech at the UNGA. Vinito hails from Nagaland and had served in South Korea previously.

2020-09-27
admin
Previous People should blame America for ‘crimes’ against Iran: Rouhani
Next ‘Trump paid no income tax in 10 of last 15 years’