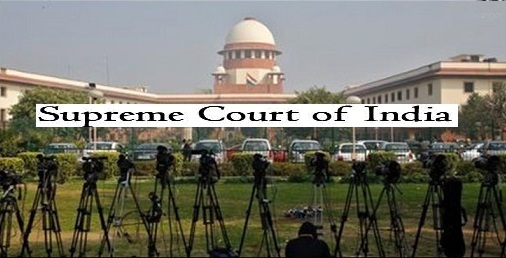 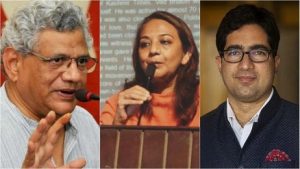 MELBOURNE/ NEW DELHI: The Indian Supreme Court on Wednesday referred petitions related to the abrogation of the special status for occupied Kashmir to a five-judge constitution bench for hearing in the first week of October.

The petitions challenge the Modi government’s decision to revoke Article 370 and the imposition of curfew in occupied Kashmir.

On August 5, India abolished Article 370 that granted special status to occupied Kashmir. The Modi government sent in an unprecedented number of Indian troops to the disputed valley, imposed a curfew and placed Kashmiri politicians under house arrest. 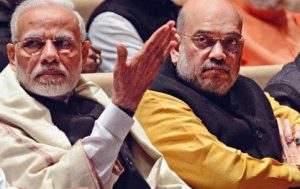 The move has been condemned internationally and by opposition leaders in India.

Pakistan’s Prime Minister Imran Khan has announced that he will be Kashmir’s ambassador globally and will raise the issue during the United Nations General Assembly (UNGA) meeting in September. In a nationally televised address, Prime Minister Khan said the decision by the Modi government would prove to be a historic blunder and an opportunity for the Kashmiri people to get their freedom.

There were essentially four types of petitions filed in the court, which are petitions seeking access to missing and unreachable people in the Valley; petitions on the restrictions in the Kashmir Valley and the abrogation of Article 370 and the fourth kind against anti-India elements trying to instigate trouble in Jammu and Kashmir.

What happened during the hearing of 14 petitions in Supreme Court: 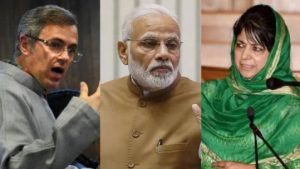 1. Sitaram Yechury’s petition on meeting his colleague: The CPIM general secretary has alleged that CPIM member and four-time Kashmir MLA MY Tarigami has been illegally detained by the J&K administration. The former MLA couldn’t be contact since August 4. Yechury also said that Tarigami is unwell and he needs adequate medical attention. The court has allowed Yechury to visit Srinagar and CJI Ranjan Gogoi said the Centre cannot stop any citizen from going anywhere in the country.
2. Mohammad Aleem Syed’s petition: A law graduate from Jamia Milia University in Delhi filed a petition seeking to meet his family in Anantnag. He has not been able to contact the family members since August 4. The court has allowed him to visit his family in Kashmir and asked the student to file an affidavit after visiting his parents.

Both the petitioners have been allowed to travel to Srinagar and police and administration have been directed to facilitate their visit and not create any roadblocks. Both have been asked to file a written report to SC regarding their visit and the condition of the family and friends. 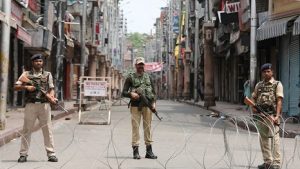 In Yechury’s case, however, the SC has made it clear that the political leader will not be allowed to hold any political meetings. He has been granted permission to “meet his friend and no other”.
Challenge to Article 370 abrogation, J&K Reorganisation Act: A total of nine petitions have been filed regarding this.

Nine PILs have been filed challenging the Parliament’s decision to abrogate Article 370 by amending the definition of Article 368 of the Constitution and allowing Constitution and other laws of India to be applicable in J&K. Pleas have also challenged the J&K Reorganisation Act.

Petitions have claimed these changes could not have been passed by the Parliament without the approval of the constituent assembly of the state. The petitions have raised allegations that the principle of “federalism” and “democracy” are being violated.

During the hearing of these 9 petitions, Attorney General KK Venugopal told the SC bench that the situation in J&K is “sensitive”. Solicitor General Tushar Mehta argued that any move in this issue will have international repercussions and urges the court to not issue any notices in the case.

The Supreme Court, however, issued a notice to the Centre and said these matters were serious in nation and also said that these must be considered by a five judge constitution bench and will be heard in the first week of October.

Two petitions have been filed regarding the communications lockdown. 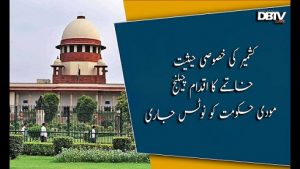 The Supreme Court has issued notices to the Centre and J&K administration and the matter will again be heard in seven days by regular bench after the Centre files its reply.

Other applications have also been filed by intervenors stating that there are “interested parties” and should be heard by the court.

NGO Roots in Kashmir and advocate Charu Walikhanna, who had earlier filed pleas in SC against Article 35A and Article 370, have also filed caveat petitions, saying since their petitions were already there in the apex court, they should also be heard before any orders are passed by the court.