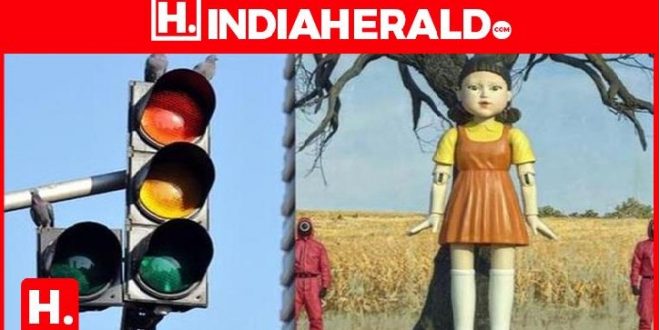 The Korean drama tells the story of a group of misfits taking part in a series of children’s games. 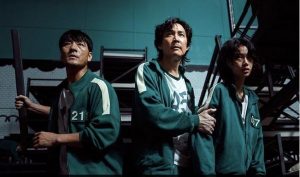 In the first game, a giant doll calls out “red light, green light” to contestants – players who move after red light is called out are shot.

Putting a spin on the game, Mumbai’s police shared a video on traffic rules.

In the video uploaded to Instagram, the police department wrote: “You are the “front-man” of your “game” on the road: you can save yourself from getting eliminated. Stop at red lights.”

The post has since gone viral, with more than 111,000 views with many commenting on the clever use of the show to drive home the message on road safety, albeit with dark undertones.

“Keep this doll instead of CCTV camera(s)…Trust me, [everyone will follow] our road rules and regulations,” wrote one user. 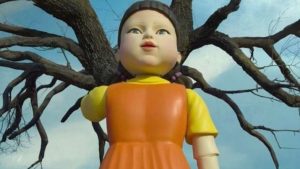 Squid Game follows a group of people in South Korea playing in a deadly tournament of children’s games.

Watched by 111 million users in its first 28 days, the drama has become Netflix’s biggest ever series launch.

The Mumbai police are not ones to miss out on a good trend or meme to drive home a point about rules and safety.

In the past, the police department has used references from popular American sitcom, Friends, JK Rowling’s Harry Potter, rapper Drake’s sixth studio album, Certified Love Boy, and a host of Indian films and TV shows to share messages on traffic safety, masking up against Covid-19 and vaccinations.