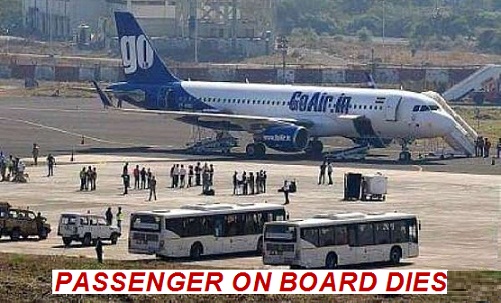 KARACHI/ RIYADH/ NEW DELHI: An Indian plane flying from Saudi Arabia made an emergency landing here in Pakistan’s port city as a passenger aboard the flight died of a heart attack, sources said. 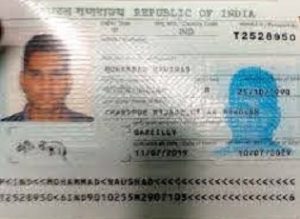 Sources at the Pakistan Civil Aviation Authority (PCAA) informed PMI that the private Indian airline’s jet was flying from Saudi Arabia’s capital, Riyadh, to Delhi when it had to make an emergency landing at Karachi’s Jinnah International Airport.

An Indian passenger, Muhammad Nowshad, fell ill on GoAir flight GOW 6658 as the jet flew from Riyadh to Delhi this evening, the sources added. As the plane touched ground, a doctor at Karachi’s Jinnah International Airport was requested to attend to him but the man died before he could be administered medical aid.

The doctor who arrived at the scene confirmed the death of Muhammad Nowshad, saying he had died of a cardiac arrest. His body would be returned to India following required procedure, the sources added.

Sources said the PCAA allowed the Indian plane to land in Pakistan on humanitarian grounds.