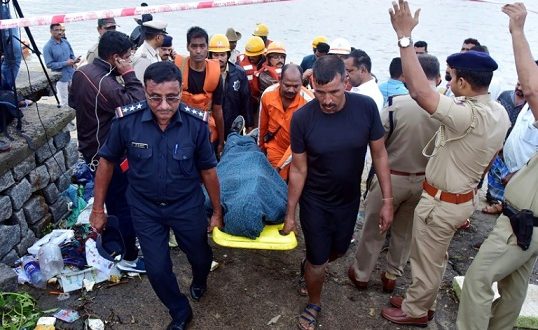 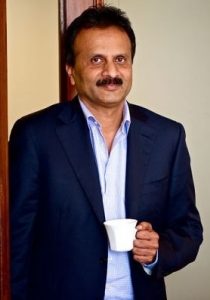 MANGALORE: The body of the founder and owner of India’s largest coffee chain, Cafe Coffee Day, has been found near a river on the outskirts of the southern city of Mangalore, police say.

VG Siddharta went missing on Monday after apparently walking away from his car and driver.

On Tuesday, police said a body had been found by fishermen on the river.

The identity was confirmed by members of Siddhartha’s family after the body was taken to hospital.

Siddhartha’s company, Coffee Day Enterprises Limited, held an emergency board meeting on Monday to discuss his absence. In a statement, it appealed for “the support and strength of all our stakeholders”.

In a note to the stock exchange it said the company was “professionally managed and led by a competent business team” which would ensure the “continuity” of business. 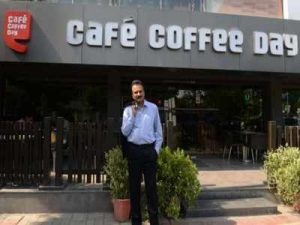 Who was VG Siddhartha?

The 59-year-old coffee tycoon, who has been described in local media as “soft spoken” and “self-effacing”, was not fond of the limelight.

He was born to a family of coffee plantation owners, but his first company was an investment firm. He used the profit from it to enter coffee business, according to PTI news agency.

His decision to open a chain of cafes was inspired by a chat with the owners of Tchibo, a German coffee chain. Cafe Coffee Day opened its first outlet in the southern city of Bangalore in 1996. It wooed customers by offering them free internet with a cappuccino.

Siddhartha saw the chain become one of the biggest brands in the country. It remained competitive even against global rivals such as Starbucks.

“He is singularly responsible for increasing domestic coffee consumption in India. There can be no doubt about it. In those days, we were completely dependent upon the export market and the heavy regulations on its sale,” Dr SM Kaverappa, former vice chairman of the Indian Coffee Board, told BBC Hindi.

Siddhartha is the son-in-law of former Karnataka chief minister SM Krishna and his wife is on the board of Cafe Coffee Day. The couple has two children. 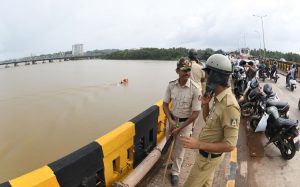 What do we know about his disappearance?

Siddhartha was travelling to the southern city of Mangalore on Sunday evening when he asked his driver to stop the car on a bridge on the outskirts of the city.

His driver told police that Mr Siddhartha then got out of the car and told him he wanted to take a walk. He also instructed him to park the car further ahead.

When Mr Siddhartha did not return after half an hour, the driver called his mobile phone – only to find the number switched off.

Alarmed, he informed the police who assembled two teams and searched the river on Sunday and Monday.

A fisherman found his body on Tuesday morning. 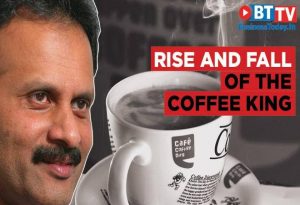 Why is his letter to investors causing controversy?

In the letter, Siddhartha says he was in debt and had “failed to create the right profitable business model despite my best efforts”. It was signed by him and was also shared by his company with the stock exchange. It has since been widely circulated.

Police verified the authenticity of the letter on Tuesday.

“I am solely responsible for all mistakes. Every financial transaction is my responsibility,” it said. “My intention was never to cheat or mislead anybody. I have failed as an entrepreneur.”

However, Siddhartha also accuses a former director general of the income tax department of harassing him, which led to a “serious liquidity crunch”.

This has caused a political outcry; with opposition MPs saying calling it targeted harassment. They are expected to raise the issue in parliament on Wednesday.

The income tax department has denied the allegation and questioned the letter’s authenticity, saying that the signature did not appear to match Mr Siddhartha’s signature on his company’s annual financial reports. 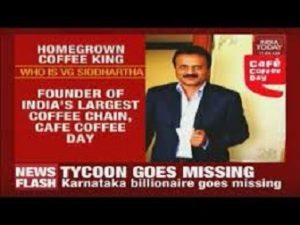 How big is Cafe Coffee Day in India?

Cafe Coffee Day is India’s largest coffee franchise chain. It has about 1,750 cafes across the country and some international outlets including in Malaysia, Nepal and Egypt.

However, local media reports have said its rate of expansion had slowed significantly over the last two years in the face of increased competition.

Siddhartha owned a 33% stake in the company, but through his family and holding companies controlled closer to 50%.

The local Economic Times newspaper reported that he had been in talks with Coca-Cola to sell the company for $1.45bn (£1.19bn) although this was not officially confirmed by either side.

Siddhartha’s letter said the chain was struggling with financial problems due to debt, taxes and share buy backs.

Shares of the company have fallen by around 20% since his disappearance was reported. (National News Desk)