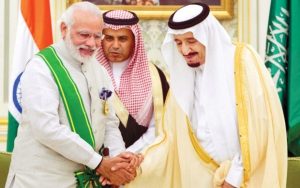 NEW DELHI/ RIYADH: India on Thursday described the map of Kashmir in a new currency note of Saudi Arabia as a “gross misrepresentation” of sovereign territory. Official spokesperson of the Ministry of External Affairs Anurag Srivastava said during the weekly briefing that Delhi has taken up the issue at the diplomatic level with Riyadh.

“We have conveyed our serious concern to Saudi Arabia, both through their Ambassador in New Delhi as well as in Riyadh, for this gross misrepresentation of India’s external territorial boundaries on an official and legal banknote of Saudi Arabia and asked the Saudi side for taking urgent corrective steps in this regard,” said Srivastava asserting that “the entire 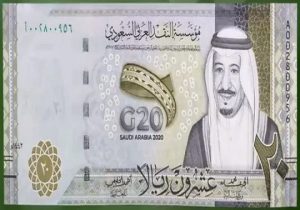 Union Territories of Jammu and Kashmir and Ladakh are integral parts of India”.

The 20 riyal note was printed by the Saudi Arabian Monetary Authority on October 24 to celebrate the Saudi presidency of the G20. The global outfit for international cooperation will convene its next summit meeting on November 21-22 in virtual mode and the controversy has cast a shadow on the preparatory days for the summit.

The map shows Kashmir as a separate entity between India and Pakistan. The map also appears to depict Gilgit Baltistan and the Azad Kashmir areas out of Pakistani control. However, it is not yet clear if Pakistan has lodged a formal complaint regarding the map. (The Hindu)