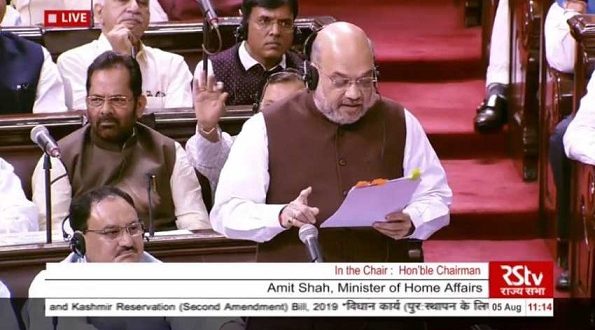 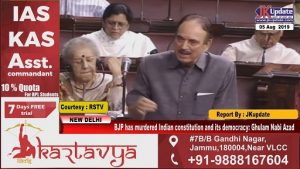 NEW DELHI/ SRINAGAR/ ISLAMABAD: India’s government has said it plans to revoke the part of the constitution that gives Indian-administered Kashmir special privileges.

Article 370, which grants it significant autonomy, is sensitive because it is the basis on which the princely state of Kashmir joined India when it was partitioned in 1947.

But the entire region is disputed between India and Pakistan who claim it in full but only control parts of it.

The move is expected to spark unrest.

There has been an insurgency against the authorities in Indian-administered Kashmir for three decades, with tens of thousands of lives lost. 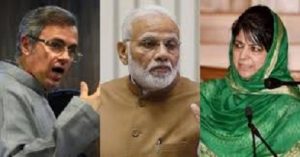 India and Pakistan, both nuclear powers, have fought two wars and a limited conflict over the Himalayan territory.

Home Minister Amit Shah introduced the measure in parliament amid massive protests from the opposition.

Article 370 allows the Indian state of Jammu and Kashmir its own constitution, a separate flag and independence over all matters except foreign affairs, defence and communications.

The former chief minister of the state, Mehbooba Mufti, said the move effectively made India an occupying force.

The announcement in parliament came hours after two of the state’s former chief ministers, including Ms Mufti, were placed under house arrest. 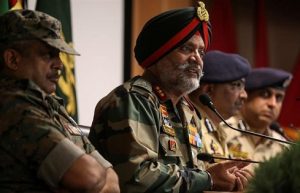 Public meetings have been banned in the state, with mobile networks and the internet also restricted.

In recent days thousands of tourists as well as pilgrims on an annual trek to a major shrine have been asked to leave the state immediately amid the deployment of tens of thousands of troops.

Earlier, thousands of people, including tourists and Hindu pilgrims, are leaving Indian-administered Kashmir after local officials issued a security alert.

Indian authorities warned of a “terror threat” against Hindu pilgrims heading to the Amarnath shrine.

Militants backed by Pakistan were planning an attack on the annual pilgrimage, officials have said. 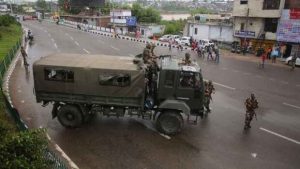 India accuses Pakistan of backing militant groups based in Kashmir, something denied by Pakistan.

The 45-day pilgrimage began on 1 July and about 300,000 pilgrims have visited the cave shrine, located high in the Himalayan mountains, according to AP news agency.

Kashmir’s government has advised them to leave the area “immediately”, causing panic as visitors scramble to organise transport.

Around 20,000 Hindu pilgrims and Indian tourists, as well as more than 200,000 labourers, were in the process of leaving the region, a local government official told Reuters news agency. 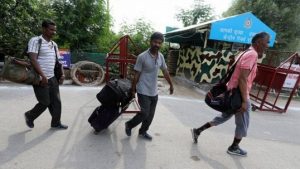 “In the interest of safety and security of the tourists and Amarnath Yatris [pilgrims], it is advised that they may curtail their stay in the [Kashmir] valley immediately,” Kashmir’s home secretary, Shaleen Kabra, said in a statement.

Security measures, including the deployment of 10,000 extra troops, were implemented by the Indian government ahead of the Hindu pilgrimage.

India has long accused Pakistan of funding armed militants in Kashmir, a disputed territory claimed by both countries.

Militants have targeted Hindu pilgrims in the region before, most recently in 2017, when seven people were killed in an attack.

On Saturday, Britain and Germany warned their citizens against travelling to Kashmir.

Both India and Pakistan claim all of Muslim-majority territory of Kashmir, but control only parts of it. 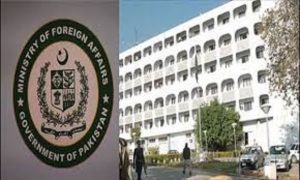 One of war experts told PMI that a very big battle is expected between India and Pakistan in near future while some mass killing incidents are also expected in Kashmir and other parts of India. She also revealed that a dozen of Indian politicians and military high-ups are on hit list of a group which is not only new but would be surprising for India.

Meanwhile, Pakistan’s foreign ministry has rejected India’s revocation of a special status for the portion of disputed Kashmir that it controls. … The order scraps an Indian constitutional provision that forbids Indians from outside the region from buying land in the Muslim-majority territory. 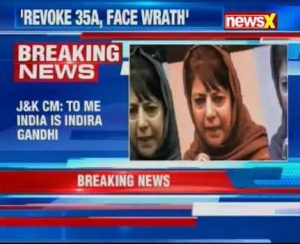 Top politicians in Indian-administered Kashmir have been put under house arrest, days after thousands of troops were deployed to the disputed region.

Public meetings have been banned and reports say mobile networks and the internet have been restricted.

Last week authorities also ordered tourists and Hindu pilgrims to leave, citing a “terror threat” against an annual pilgrimage to a major shrine.

It is unclear what is behind the latest moves, which have stoked tensions.

No explanation for the government’s actions has been given as yet but it comes amid speculation that Delhi might be poised to revoke some of Kashmir’s special privileges – specifically Article 35A, a constitutional provision, which among other things, prevents people from outside the state buying land there.

A cabinet meeting to discuss the situation has ended and home minister Amit Shah will address parliament.