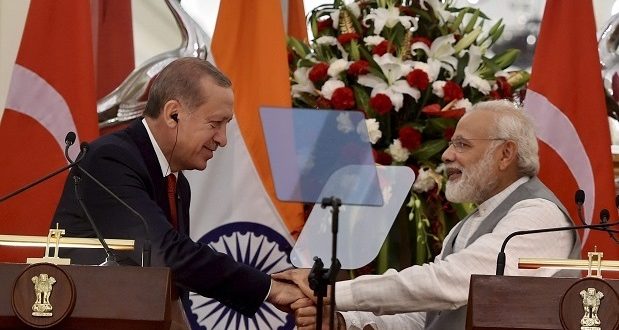 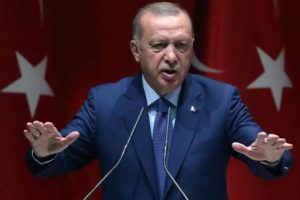 / ISLAMABAD: India on Saturday warned Turkey not to interfere in its internal matters after President Recep Tayyip Erdogan reiterated Ankara’s support for Islamabad’s stand on the occupied Kashmir issue while addressing a joint session of the Parliament, reported India Today.

The spokesperson of the Ministry of External Affairs, Raveesh Kumar, said on Saturday that India rejected all references made by the Turkish president on Kashmir, stating that the region was an integral and inalienable part of India.

“India rejects all references to Jammu and Kashmir, which is an integral and inalienable part of India,” Kumar said. “We call upon the Turkish leadership not to interfere in India’s internal affairs and develop a proper understanding of the facts, including the grave threat posed by terrorism 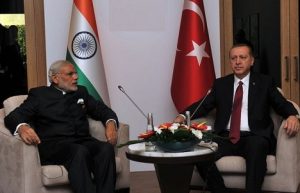 emanating from Pakistan to India and the region,” he added.

Erdogan, while addressing a joint session of the Parliament on Friday, had said that Kashmir meant to Turkey exactly what it had meant to Pakistan over the years. “The relationship between Pakistan and Turkey will continue in the future as it has in the past,” he said.

“Our Kashmiri brothers have been living under difficult circumstances over the years. The recent unilateral steps have further added to their woes and the situation was becoming alarming,” Erdogan said. He noted that depriving the Kashmiris of their freedom and u surping their rights was not in anybody’s interest.

The Turkish president further said that the resolution of the lingering Kashmir dispute lied not in oppressive tactics, but warranted justice. “We 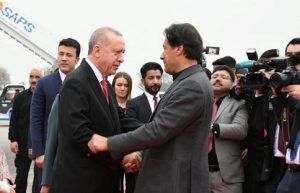 feel for the Kashmiris the same way like the Muslims of this region felt for us during Khilafat Movement,” he had said.

Tensions between the Pakistan and India have mounted in recent months following New Delhi’s move on August 5 last year to scrap the special status of Kashmir. The valley has been under a complete lockdown since then, with the government blocking communication access and imposing restrictions on movement to thwart any protests in the region.

Apart from Turkey, Malaysia has also been a vocal critic of New Delhi over its decision to revoke the special status of Kashmir.