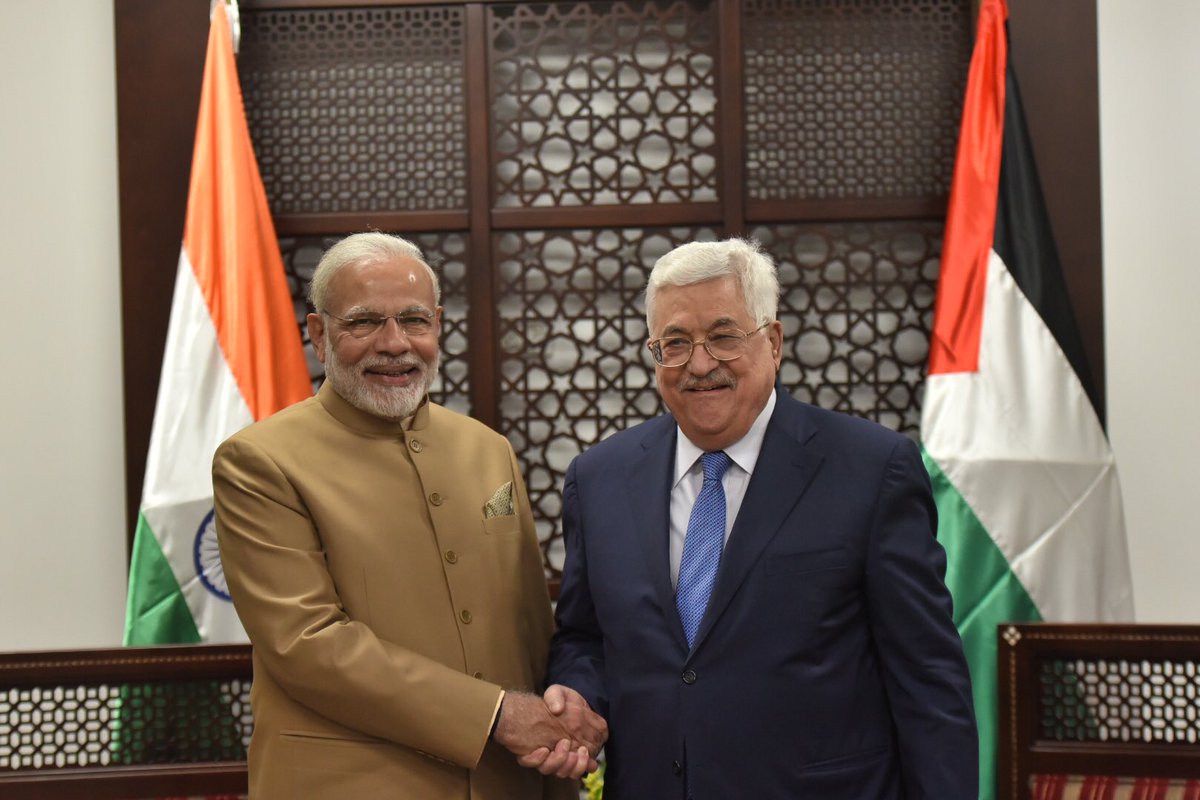 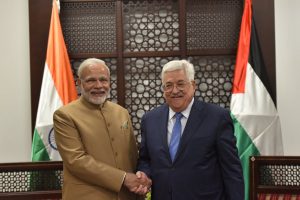 India and Palestine on Saturday signed six Memorandum of Understanding in different areas including health and education.

The MoUs were signed after bilateral talks between Prime Minister Narendra Modi and Palestinian President Mahmoud Abbas at Ramallah.

During the deliberations, both leaders reviewed the entire spectrum of bilateral relations and discussed issues of mutual interest. 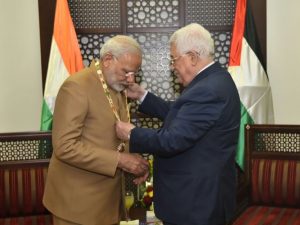 In a joint press statement with Mr Abbas after the talks, Mr Modi assured the Palestinian President that India is bound by a promise to take care of the interests of the people of the West Asian country. He said, both counties share historic and strong ties which have stood the test of time.

Mr Modi also expressed happiness that both countries are moving ahead with development cooperation. He announced that India is aiding construction of an Institute of Diplomacy in Palestine.

Mr Modi also thanked the President Abbas for conferring on him the Grand Collar of the state of Palestine, which is the highest order given to foreign dignitaries. He said, it is an honour for India and a symbol of Palestine’s friendship.

In his statement, the Palestinian President said, Mr Modi’s visit reaffirms the depth of relationships the two countries share that will contribute to further development and advancement of bilateral ties. He said, the talks with Mr Modi were fruitful and constructive. 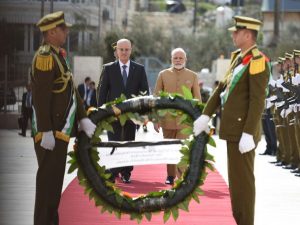 On the Israel Palestine relationship, Mr Abbas said, Palestine relies on India’s role as an international force and its role in the non-alignment movement, in a way that is conducive to the desired peace in the region.
Earlier, Mr Modi had reached Ramallah via helicopter from Jordanian capital Amman, becoming the first Indian Prime Minister to visit Palestine. He laid wreath at the tomb of Yasser Arafat before visiting the legendary Palestinian leader’s museum which is also situated inside the Presidential complex.

In a tweet after reaching Ramallah, Mr Modi had said, this is a historic visit that will lead to stronger bilateral cooperation.

After concluding his tour to Palestine, Mr Modi has reached Abu Dhabi, the capital of the United Arab Emirates as part of his three nation visit. He was received by Crown Prince of Abu Dhabi Sheikh Mohammed Bin Zayed Al Nahyan.

AIR Correspondent reports, amidst ceremonial welcome and hectic engagements , Prime Minister Modi has arrived in Abu Dhabi on his second visit to the United Arab Emirates. 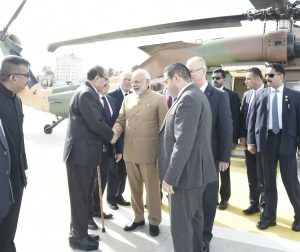 In the evening , Prime Minister Modi will meet the top leadership of the country for bilateral discussions and sign a number of Agreements and MoUs to further strengthen the strategic partnership between India and UAE.
A special banquet is being organized in the honour of Prime Minister Modi by the Crown Prince of Abu Dhabi and Deputy Supreme Commander of the UAE Armed Forces His Highness Sheikh Mohammad Bin Zayed Al Nahyan.
Prime Minister is scheduled to address the 6th edition of the World Government Summit on the inaugural day. More than 140 countries are expected to participate in the event. India has been designated as the Guest of Honour country at this Summit.

Prime Minister in his address will speak on “Technology and Governance” , a subject which is close to his heart.

Prime Minister will also witness the laying of the foundation stone ceremony of the first ever Hindu temple in Abu Dhabi via a video link. The fruition of the temple has been a long standing desire of the 3.3 million strong Indian expat community in the UAE.

Before his departure PM will hold meetings with the leading UAE and Arab CEOs on the vast economic opportunities in India and discuss prospects to increase business collaboration and investments in India in various sectors.(PMI)