“Spoke to my two good friends, Prime Minister Modi of India, and Prime Minister Khan of Pakistan, regarding Trade, Strategic Partnerships and, most importantly, for India and Pakistan to work towards reducing tensions in Kashmir. A tough situation, but good conversations!” Trump said in a tweet.

Foreign Minister Shah Mehmood Qureshi during a news conference said Prime Minister Imran Khan in a phone call to US President Donald Trump informed him that the unilateral decision of Modi’s government has endangered the region. 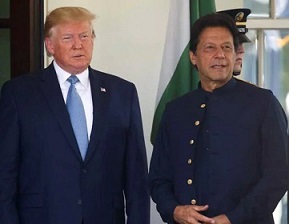 “PM Imran expressed serious concern over the humanitarian crisis triggered in occupied Kashmir and hoped the US would play its role in resolving the crisis.”

“We want a UN observer mission to be dispatched forthwith to Indian-occupied Kashmir” and for the curfew there to be “lifted immediately,” he said.

The foreign minister further said Prime Minister Imran Khan in his recent visit to the US had informed President Trump of his stance on the Kashmir issue.

“PM Imran presented Pakistan’s stance and said the August 5 unilateral action of the BJP government had endangered the region and such steps of the Indian government had an aim to alter the special status of Kashmir and also to change the demography of a disputed territory and converted majority population of the people of Kashmir into minority.” 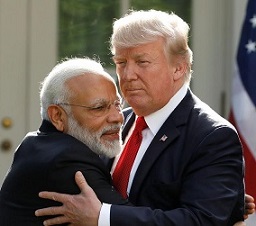 White House spokesperson Hogan Gidley in a statement said US President Trump during a phone call with Indian Prime Minister Narendra Modi conveyed the importance of reducing tensions between India and Pakistan and maintaining peace in the region.

“The two leaders further discussed how they will continue to strengthen United States-India economic ties through increased trade, and they look forward to meeting again soon.”