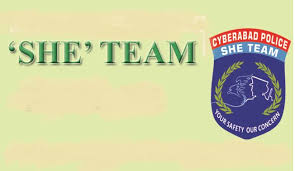 Hyderabad,  On a tip-off, Ibrahimpatnam SHE team accompanied by local police rushed to Mukkunur village in the mandal and prevented a child marriage on Friday morning.
The police said marriage of a 17-year-old minor girl of Mukkunur villge was planned with a 35-year-old man of Nerrapally village of Ranga Reddy district. Accompanied by CWC State member Achuta Rao and local police, the SHE team spoke to the parents of both the minor girl and bridegroom and stopped the child marriage.
Rachakonda Commissioner of Police Mahesh M Bhagwat, IPS, appreciated the timely intervention of the Ibrahimpatnam She team and preventing child marriage. He also appealed to the general public not to perform marriages of minors as it was a grave crime. He also warned that priests, wedding card printers, community elders and supporters of the illegal marriage, parents of child will be prosecuted under Child Marriages Prohibition Act of 2006. Violators of Child Marriage Act will face a minimum two years jail term and Rs 1 lakh fine. He also pointed out that girls below 18 years should be compulsorily in schools as per Right to Education Act of 2010 and Supreme Court order of 2009.
The Police Commissioner also appealed to the people to alert the police about child marriages by Dial 100 or through Rachakonda Police Whatsapp number 9490617111.