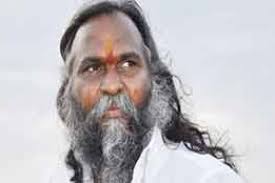 I will not contest assembly elections if I get PCC Chief post:  Cong MLA Jagga Reddy

Hyderabad, Nov.16 (PMI): Congress party MLA from Sangareddy Thoorpu Jayaprakash Reddy on Saturday said that he would not contest in the upcoming assembly elections scheduled to be held in 2023 if he was given the post of PCC president by the party high command. He said that the party president Sonia Gandhi had formed a separate Telangana state for the fulfilment of the long cherished dreams of the people of Telangana. He also said that People of the state voted for Chief Minister K Chandrasekhar Rao as they thought he would develop it.