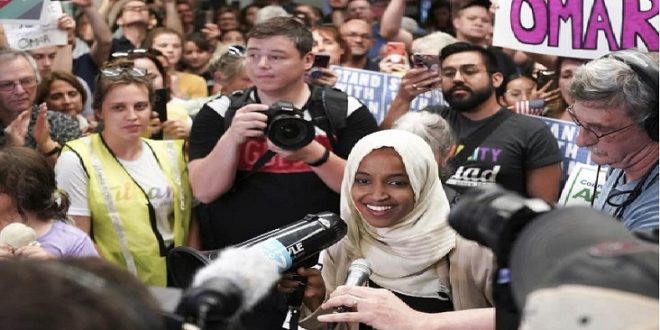 I disagree with Omar ‘send her back’ chants: Trump

WASHINGTON: President Donald Trump has disavowed the “send her back” chants directed at Democratic congresswoman Ilhan Omar by his supporters at a campaign rally.

Ms Omar is a US citizen who emigrated from Somalia with her family after fleeing the country’s civil war.

The chants, which came after Trump criticized Ms Omar and three other congresswomen, were widely condemned, including by some Republicans.

“I was not happy with it. I disagree with it,” Trump said of the chant.

He did not elaborate on what he disagreed with.

“It was quite a chant and I felt a little bit badly about it,” Trump told reporters on Thursday. “I started speaking very quickly but it started up rather fast, as you probably noticed.” 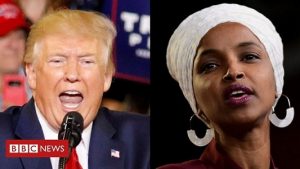 Trump was cheered on by the crowd of thousands as he again accused Ms Omar and her fellow congresswomen Alexandria Ocasio-Cortez, Rashia Tlaib, Ayanna Pressley – known as “the squad” – of hating America.

Ahead of the rally, a bid to impeach Trump was blocked in Congress.

Critics say it echoed the “lock her up” phrase adopted by his supporters against Hillary Clinton in the run-up to the 2016 presidential election.

The chant comes as tensions escalate between the president and the four Democratic congresswomen over recent tweets, in which Trump told the then four politicians to “go back” to their countries. 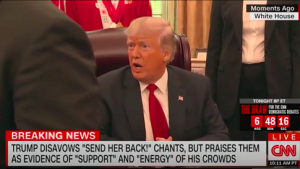 Ms Omar told reporters on Thursday: “Every single person who is in this country, who’s aspiring to become part of the American fabric understands that nothing this president says should be taken to heart.”

“As he’s spewing his fascist ideology on stage, telling US citizens to go back because they don’t agree with his detrimental policies for our country, we tell people that here in the US dissent is patriotic, here in the US disagreement is welcome.”

On Wednesday, Ms Omar tweeted lines from Maya Angelou’s poem Still I Rise and later shared a photo of herself in the House of Representatives saying, “I am where I belong”. 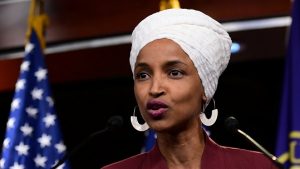 On Twitter, StandWithIlhan began trending as Democrats expressed their support for Ms Omar and criticized the president for prompting the chants with his rhetoric.

Democratic presidential hopeful Senator Bernie Sanders tweeted: “Trump is stoking the most despicable and disturbing currents in our society” while Senator Kamala Harris, another Democratic 2020 contender, described the actions as “vile”.

Some conservatives have also censured the use of the phrase.

Chairman of the National Republican Congressional Committee Tom Emmer – who, like Ms Omar, represents Minnesota in Congress – told reporters he did not agree with the language.

“There’s no place for that kind of talk,” Emmer said, according to Politico. He said the chant was “not acceptable”. 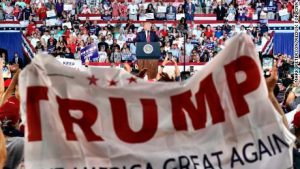 North Carolina congressman Mark Walker said that he “struggled” with the chant and that the focus should be on “her history, words & actions” instead of “phrasing that’s painful to our friends in the minority communities”.

His fellow Republican Adam Kinzinger said the chants were “ugly”.

Conservative commentator Ben Shapiro said “chanting for her deportation based on her exercise of the First Amendment is disgusting”.

Senator Lindsay Graham, a vocal Trump supporter, defended the president, though he said he wished Trump would focus on “policies not the personality”.

“I’ve said before that if you’re a Somali refugee wearing a Maga hat, he doesn’t want to send you back. You’d probably have dinner at the White House,” Graham told reporters. 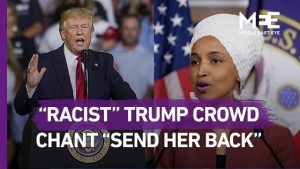 Republican leader Mitch McConnell told the Fox Business Network on Thursday that Trump is “on to something” by attacking the four congresswomen as their policies will be important in the upcoming election.

“We’re in a big debate now and next year about what we want America to be like. Do we really think socialism applies here at a time of great prosperity, 50-year-low unemployment?”

A recipe for a toxic campaign

Three years ago, crowds at Donald Trump rallies called for the imprisonment of a political adversary. On Wednesday, they chanted for a member of the opposition party to be expelled from the country.

These are not behaviors emblematic of a healthy, well-functioning democracy. 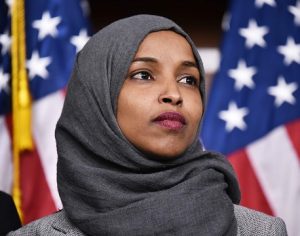 The president’s defenders have parsed his incendiary language in an effort to explain why telling people to “go back” to the “totally broken and crime infested places from which they came” is not simply the latest iteration of age-old racist invective. It was, they insist, just a Trumpian twist on “love it or leave it” sloganeering.

When the rhetoric filters down to the president’s vocal crowds, however, such nuance is lost.

Trump is an instinctual politician who senses weakness and opportunity and often acts before a strategy is fully formed. The goal, however, is clear. He is both trying to sow divisions within Democratic ranks and rile up a base whose enthusiastic turnout will be needed in the coming election.

Such a course is not without risk, however. His actions could motivate and unify opponents as much as they do his base. It’s a recipe for a toxic, divisive campaign that will get ugly – and fast. 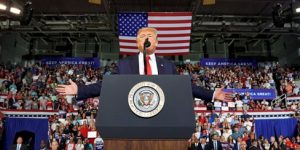 What else has Trump said?

In an interview with the Daily Mail just before the Greenville rally, Trump said he was “not unhappy” with the way the row has played out and said he believes he is “winning the political fight…by a lot”.

“I’m not relishing the fight,” Trump said. “I’m enjoying it because I have to get the word out to the American people. And you have to enjoy what you do. I enjoy what I do.”

In a series of tweets on Sunday, the president said the four congresswomen – who he did not identify – “originally came from countries whose governments are a complete and total catastrophe” and should “go back”. 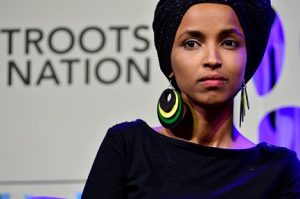 The president has denied accusations that the tweets were racist, but the Democrat-controlled House passed a symbolic resolution denouncing Trump’s “racist comments that have legitimized fear and hatred of New Americans and people of color”.

A July poll by  the Pew Research Centre found that while 62% of overall Americans believe openness to people from around the world is “essential to who we are as a nation”, 57% of Republicans said the US risks “losing our identity as a nation” if it is too open.

Earlier on Wednesday, a bid to launch impeachment proceedings against Trump was blocked in the US House of Representatives after it failed to win enough support, with only 95 Democrats voting in favor. (Int’l News Desk)