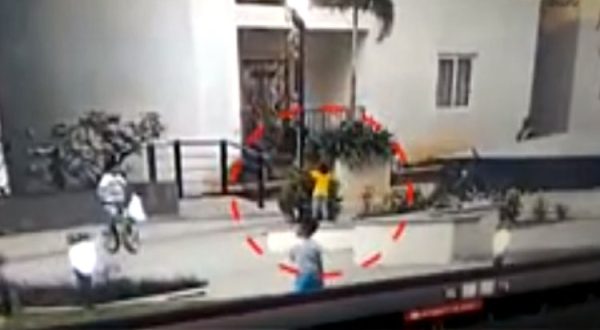 Hyderabad: Three weeks after the electrocution of a six-year-old at PBEL City, the Narsingi police arrested two persons on Tuesday.

The accused were identified as Sai Kumar Goud, an employee of the housekeeping wing and Madhav, a mechanic employed with Goldenstar Facilities and Service Private Limited, which maintains PBEL City. A criminal case has been filed against the duo under PIC Section 304A, charging them with negligence.

The six-year-old boy, Monish died of electrocution on February 12 after coming in contact with a live wire near a lamp post in PBEL city.

According to the police, the accused were not trained to do electric work and due to their criminal negligence, the boy was killed.

Monish’s father K Deevakar stated that they will continue to fight till the culprits are prosecuted and demanded the cancellation of the license of Goldenstar Facilities.

The police stated that Sai Kumar Goud was responsible to set up temporary floodlights for the Sankranthi celebrations but with no training in electrical work, he removed the connection from the lamp post’s junction box.

Even after a month after the festivities, the wire lay exposed as Goud didn’t re-connect the wires constituting to criminal negligence.

The boy, while playing tried to swing from the lamp post but came in contact with the live wire and got electrocuted. The CCTV footage showed Monish’s body remaining stuck to the pole for some moments before he fell down. While he was rushed to the hospital, the boy had already succumbed to death.

The police further informed that several lampposts in the park were noticed with the wires exposed, directing to the extent of negligence.

While the duo is being interrogated, the developers of PBEL are yet to be questioned.

Post Views: 129
2019-03-06
admin
Previous Nurse Threatens To End Life On Cellphone Tower After Boyfriend Cheats Her
Next Hot Days Ahead For Telangana