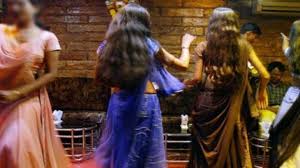 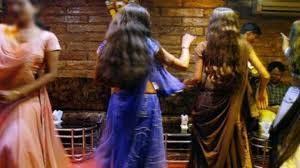 Hyderabad;A woman dancer at a bar here was allegedly stripped and trashed by four of her fellow woman dancers and a man after she refused to extend sexual favours to customers.

Panjagutta police arrested the four women while one man who is privy to the crime is still on the run. Efforts are on to nab the remaining one accused, police said on Sunday.Police said they acted on a complaint from the woman dancer who alleged that the management of the bar in Begumpet, which she had joined a few months ago, was harassing her to entertain customers sexually. When she refused, her colleagues- five members including four women and one men stripped her and beat her up

“Recently, the management of the bar started harassing her to visit customers and perform sexual activities with them,” the police in Panjagutta said.The accused were booked under the Indian Penal Code Section 354 (Assault on woman with intent to outrage her modesty), 509 (act intended to insult the modesty of a woman), 506 (punishment for criminal intimidation), 323 (punishment for voluntarily causing hurt) read with 34 (acts done by several persons in furtherance of common intention) of the Indian Penal Code.