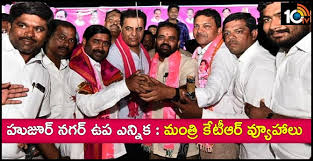 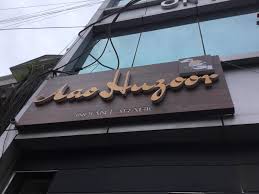 Hyderabad, Oct.19 (PMI): The hectic electioneering by the political parties for the by poll in Huzurnagar Assembly Constituency has come to an end this evening. The polling will be held on October 21,  and results will be  announced on 24.
The political parties conducted a series of campaigns in the segment for about 15 days. The ruling TRS and the Congress have taken the bypoll as a prestige issue and conducted the campaign. The TRS president and Chief Minister, K Chandrasekhar Rao has cancelled his public meeting on October 17 in the segment due to bad weather conditions. Several ministers and other leaders of the TRS campaigned in the vigorously. They are keen on  wresting  the seat from the Congress, which was vacated by TPCC Chief N Utham Kumar Reddy, following his election as  Nalgonda MP.
Main candidates in fray are TRS Saidi Reddy,  Congress party’s  Padmavathi, and   BJP’s  Dr Kota Rama Rao.

On the last day of campaign, many leaders campaigned for their respective party nominees.  Among those who  hit the streets in the constituency were Union Minister of State  for Home G Kishan Reddy campaigning for his party candidate Kota Rama Rao. He campaigned in Mattampally, Vepalasingaram, Mellacheruvu and Chinthalapalem and called on people to vote for the BJP candidate.
Minister for Power G Jagdish Reddy, Minister for Tribal Welfare and Women Development Satyavathi Rathod also campaigned  seeking votes for TRS candidate Shanampudi Saidi Reddy.  Another Minister Satyavathi Rathod also campaigned in Mattampally mandal.
TPCC president N Uttam Kumar Reddy and working president A Revanth Reddy took part in a road show at Ponugode of Garidepally in support of their party candidate Uttam Padmavathi in the by-elections.

Meanwhile, Chief Electoral Officer Rajath Kumar issued directions  that all non-local elected representatives should leave Huzurnagar Assembly Constituency by 5 pm on Saturday. Television news channels have also been instructed not to telecast the election campaign after 5 pm. The district authorities should ensure that all non local political leaders leave the hotels or function halls where they have camped by 5 p.m. as per the deadline, Rajat kumar said.