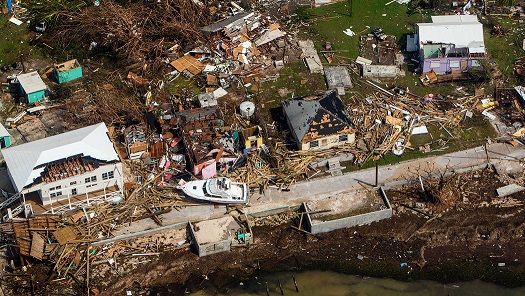 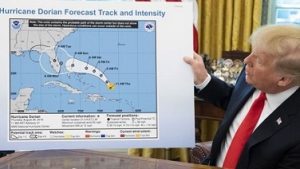 NASSAU/ LOS ANGELES: Hurricane Dorian is expected to bring a “life-threatening storm surge” up the US east coast after causing widespread destruction in the Bahamas.

Residents from Florida all the way up to Virginia are warned to listen to emergency advice as the category two hurricane slowly moves north.

The storm has weakened after killing at least 20 people in the Bahamas.

Bahamas PM Hubert Minnis said called it “one of the greatest national crises in our country’s history”.

On 1 September Dorian hit the country with winds of up to 185 mph (298 km/h) – equalling the highest ever recorded at landfall. It battered the Abaco Islands and Grand Bahama, in the north of the archipelago, for two days.

Although the storm weakened after moving north late on Tuesday, it has also grown in area. 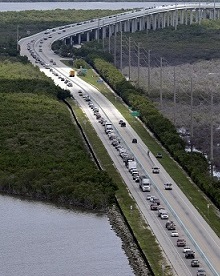 What’s the latest on the storm?

Dorian is currently east of the state of Georgia moving north at about seven miles per hour (12km/h), with maximum sustained winds of 115mph (185km/h). It is expected to turn north on Wednesday night.

The US National Hurricane Center (NHC) warned of a “life-threatening storm surge and dangerous winds” for the coasts of Florida, Georgia, North and South Carolina, and Virginia, all the way up to Chesapeake Bay.

“Time to get out is running out”, the state’s governor Henry McMaster told reporters.

“Water levels could rise well in advance of the arrival of strong winds,” the NHC said, adding these storm surges are expected “regardless of the exact track of Dorian’s center”. 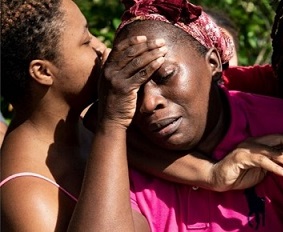 Flash flooding is also expected in Georgia and in the Carolinas.

US President Donald Trump earlier held up a map incorrectly suggesting Dorin could hit Alabama. Some observers said it looked as though a line around the state was drawn with a felt pen.

The president has since said he did not know why the chart showed this.

Presidential candidate Marianne Williamson meanwhile earlier suggested on Twitter that prayer could drive the storm away. She defended her now-deleted tweet, claiming that those praying should not be treated with “mockery or condescension”.

What happened in the Bahamas? 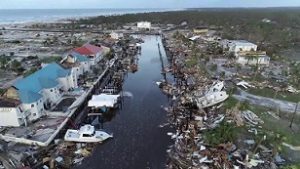 Health Minister Duane Sands told the Washington Post 17 had died in the Abaco Island and three on Grand Bahamas. These figures are reportedly expected to rise as rescuers search through the devastated country.

“There’s nothing left in most of Marsh Harbour,” said Alicia Cook, who evacuated from the area in the Abaco Islands. “People are starting to panic: pillaging, looting.”

Bob Cornea also spoke to the BBC in the capital Nassau after being evacuated from Marsh Harbour. He said he and his wife took shelter on the second storey of their son’s house.

“Water was up to my neck. It stayed like that for two or three hours… My son… he got us out and we got over to safety.

“We’ve been through all kinds of hurricanes, all kinds of storms: never anything that bad. I mean, it was like we were standing in the middle of the ocean. That’s what it looked like. Waves, the water just crashing in over us. Horrifying. Absolutely horrifying.” 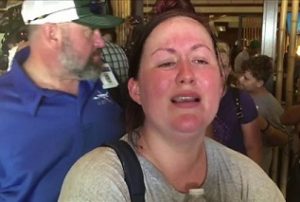 The International Red Cross fears 45% of homes on Grand Bahama and the Abacos – some 13,000 properties – have been severely damaged or destroyed.

Scientists cannot say whether climate change is increasing the number of hurricanes, but the ones that do happen are likely to be more powerful and more destructive because of our warming climate, says BBC Weather’s Tomasz Schafernaker.

An increase in sea surface temperatures strengthens the wind speeds within storms and also raises the amount of precipitation a hurricane will dump and sea levels are expected to increase by one to four feet over the next century, bringing the potential of far worse damage from sea surges and coastal flooding during storms. (Int’l News Desk)