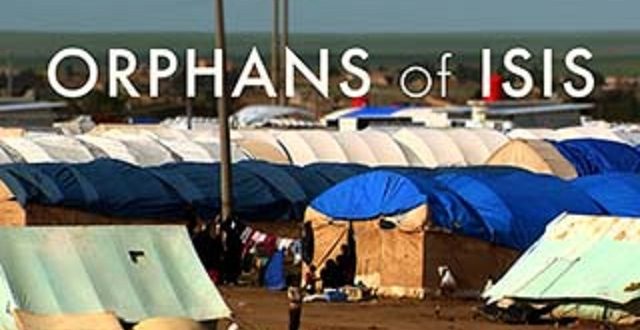 Hundreds of IS women & children released from Syrian Refugee Camp 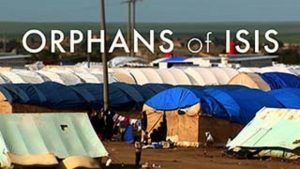 MELBOURNE/ DAMASCUS: The first large group of refugees has been released from the camp in Syria that was established for Islamic State (IS) family members.

About 800 people, mostly women and children, were allowed to leave the vast al-Hawl camp, which is also home to a group of Australians.

Kurdish authorities say the Syrian women and children are not considered a security risk and have been released into the care of Arab tribal leaders from the area around Raqqa. 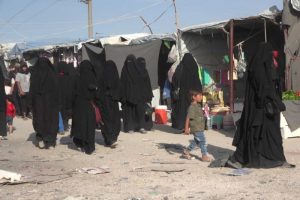 They are mostly IS family members who were evacuated to al-Hawl earlier this year as the extremist group lost the last piece of its so-called caliphate.

Some of the women remain unrepentant supporters of the group.

“I am happy to be released but I hope that the [Islamic] State is back, that it will rule us back again,” said one woman, Safaa Mumen.

“The Islamic State will remain and it will even extend.”

Another woman, Um Anas, said she was returning to Raqqa — the city that was once the IS capital.

“I thank God because I’m going back home and we will be well taken care of. We got rid of al-Hawl,” she said.

Yesterday’s release is expected to be the first of a series of mass releases of Syrian and Iraqi citizens over coming weeks. 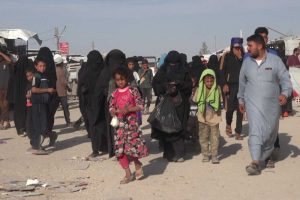 The camp currently holds 73,000 people, including at least 20 Australians.

One of the officials assisting with the release, Faroq al Mashee, said he had high expectations for the women who are returning to live in Kurdish-controlled Syria.

“With the help of women we hope to change the ‘extremist terrorist’ mind into a fair Islamic mind that believes in peace and the peaceful living in communities,” he said.

He said the release was an event to celebrate.

“We are very happy today for two reasons: the first is the exit of women after a long wait by their relatives, and this is happening in a few hours, and the other joy is their exit from that place on Eid al-Fitr,” he said, referring to the celebration to mark the end of the holy month of Ramadan.

Um Anas was asked how she’d fare living under the rule of the Kurdish-led Syrian Democratic Forces. 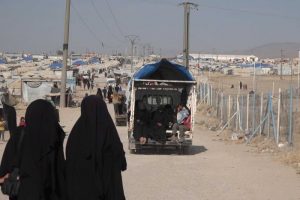 “The children will go to school and back while I stay at home mute. I don’t want to have to do anything with the Democrats nor their forces.”

About 10,000 foreigners remain in al-Hawl, including the Australians.

“We’re calling on member states of origin of third country nationals in al-Hawl camp to fulfill their responsibility to their citizens and find solutions through repatriation, reintegration and or prosecution, when and if applicable, and that all needs to take place within human rights standards,” he said.

It is expected that more IS family members will be released after this week’s Eid celebrations.