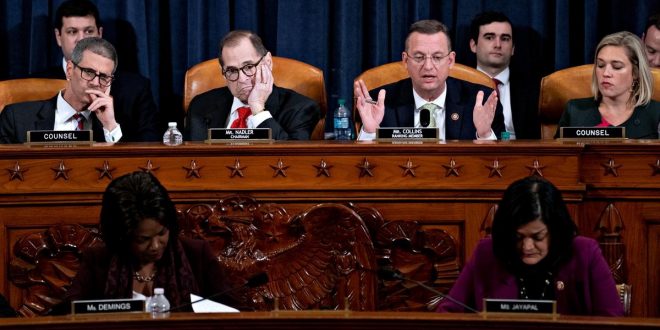 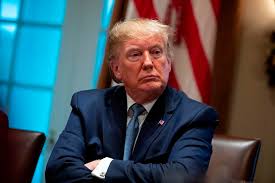 WASHINGTON: The US House Judiciary Committee has approved two impeachment charges against President Donald Trump, moving the process towards a full House vote.

The committee vote split along party lines. The articles are expected to be voted on by the Democrat-controlled House of Representatives next week.

Democratic party leaders have implored lawmakers to “search their conscience” before placing their historic vote.

Trump is the fourth US president in history to face impeachment.

Friday’s hearing lasted just over ten minutes before the two articles of impeachment – abuse of power and obstructing Congress – were passed by 23 votes to 17.

The vote had been expected on Thursday but was delayed after more than 14 hours of rancorous debate. Republicans criticized that decision by Democratic Party Chairman Jerry Nadler, accusing him of pushing back the vote to ensure more TV coverage.

In the abuse of power article, Trump is accused of soliciting a foreign country to help him politically by trying to force Ukraine to launch a corruption investigation into his political rival Joe Biden, a leading Democratic presidential contender.

He is also accused of obstructing Congress by failing to co-operate with the House investigation.