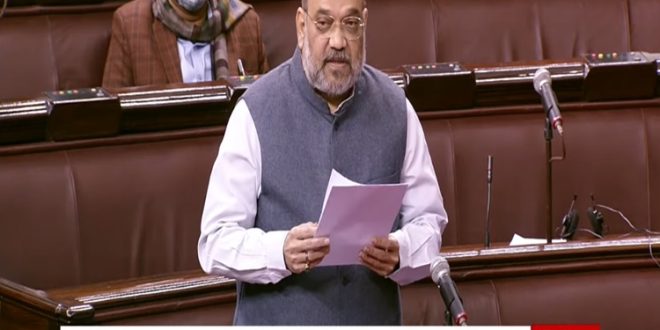 Home Minister Amit Shah assures, Centre is taking every possible step to rescue people and bring back life to normalcy in Uttarakhand 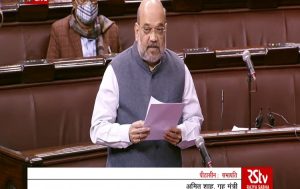 Union Home Minister Amit Shah has assured that the centre is taking every possible step to rescue people and bring back life to normalcy in the Chamoli district of Uttarakhand following the destruction caused by the avalanche that occurred on Sunday. In his statement made in the Rajya Sabha and later in the Lok Sabha today, Mr. Shah informed that the state government has said that the floods don’t pose a risk to the low lying areas anymore. He said, the water level is receding in the area.

Mr. Shah informed that the avalanche occurred 5,600 metres above sea level. He said 12 people of the NTPC project in the area have been rescued along with 15 others of the Rishi Ganga Project. In a tunnel of a different project of NTPC, he said, nearly 25-35 people are likely to be stuck for which securing missions have almost reached the end of the tunnel to evacuate them.

The Union Home Minister informed that the state government has announced assistance of Rs 4 lakh for the families of people who lost their lives.  Mr. Shah said, as the flood washed away an important bridge in the area, connection to 13 small villages in the region has been lost. He said food and medical supply is being sent to these cut off areas through helicopters.

Mr. Shah said that as per the reports available till 5 in the evening yesterday, 20 deaths have been reported. He also informed that 197 people have also been found missing which includes 139 people working in the NTPC projects in the area and other 46 working in the Rishi Ganga project. Mr. Shah said the debris at the mouth of the tunnel has been cleared by the Army after an overnight operation. He said, the centre is constantly monitoring the situation in the area and the Prime Minister is himself taking stock of the evolving situation round the clock.

The Home Minister has also informed that 450 personnel of ITBP, 5 teams of NDRF, 8 Army teams, 1 Navy team, 5 IAF helicopters, 1 team of Seema Suraksha Bal along with 1 team of DRDO scientists are on the spot and working in the rescue and relief operation. He said, out of the Rs 1,041 crore allocated for Uttarakhand under the State Disaster Relief Fund in the Budget of financial year 2020-21, the first instalment of Rs 468 crore has already been sanctioned for the state to aid the relief work. The members of the Upper House stood for one minute in silence to mark their tribute to those who lost their lives in the avalanche tragedy.

In a separate statement, the Home Minister clarified that he did not sit on Rabindranath Tagore’s seat during his visit to West Bengal as accused by Congress. He added that he sat on a window where a seating arrangement had been made. He further stated that former Presidents Pratibha Patil and Pranab Mukherjee had also sat on the same place.