google-site-verification=oa7ebK-QKiSPCvxPx2UBppJir9nAxs1BKixIBTtNDbY
Breaking News
Home / National / Holi, the festival of colours is being celebrated throughout the country with great pomp and enthusiasm. 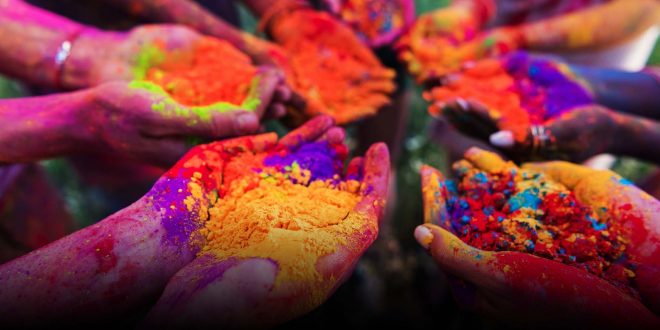 Holi, the festival of colours is being celebrated throughout the country with great pomp and enthusiasm. 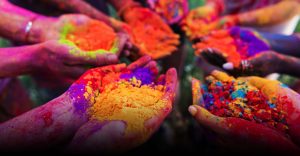 The festival is celebrated in the month of March which not only brings cheers to the people but also brings new lease of life to plants and animals. Holi marks the onset of Spring season.

Holi begins with Holika Dahan, a day prior to Holi. As per Hindu mythology, Lord Vishnu, to save his devotee Prahlad from demon Hiranyakashipu, burnt  the sister of Hiranyakashipu, Holika. Like any other Hindu festival, Holi also marks the victory of good over evil.

Vaishnavites  believe that Lord Krishna and Radha played Holi on this occasion and the festival is also marked as a festival of love. Holi gives the message of equality and fraternity as all the sections of society irrespective of caste, creed, colour, age, and sex celebrate it with great enthusiasm.

Holi is celebrated in different places with different hues and colours. It is normally played with liquid colours and also dry gulaal. But, in Braj and sorrounding areas, along with colours, people play Lathmaar Holi by mildly patting with sticks. Also, in some places of Bihar and Uttar Pradesh, people play Kapda Phaad Holi with tearing of the dresses they wore on the occasion of Holi celebration.